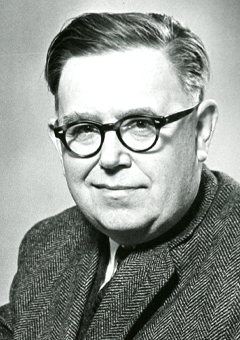 Robert Thomson, a graduate of Harvard Law School at age 24, was appointed instructor of government at UMaine in 1947. Thomson was appointed assistant professor in 1953 and became professor in 1968. He chaired the Department of Political Science for two years, and was the recipient of the university’s seventh Distinguished Professor Award. Thomson taught a variety of courses, from Introduction to American Law to African Government to Comparative Economics. He helped establish the UMaine Pre-Law Advising Program and became the first director of the Honors Program in 1962. He led Honors seminars and directed students in Honors theses work.