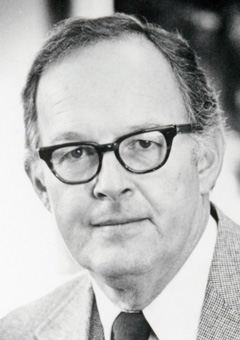 Howard Neville served as president of the University of Maine from 1973–79. His emphasis on the quality of students was apparent through the recruitment of National Merit Scholars and establishment of the Maine Scholars Program. During his tenure, UMaine achieved Sea Grant status, funding for sponsored research was increased by several million dollars, Bangor Community College gained equal status as a college at the parent campus, and programs geared to Maine’s economy in forestry, agriculture and marine resources were strengthened. Along with Neville Hall, the Alfond Arena, a Fogler Library addition, and York Village were built during his presidency.