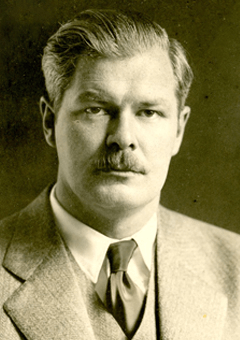 Joseph Murray graduated from the University of Maine in 1925, and received a master’s and Ph.D. from Michigan in 1927 and 1929. In 1934, he was appointed professor and head of UMaine’s Department of Zoology. For seven years he taught during the academic year and directed the University of Maine Marine Laboratory at Lamoine in the summer. He was named dean of the College of Arts and Sciences in 1941, where he remained until his retirement in 1966. He received an honorary Doctor of Laws degree from UMaine in 1972. It is said that integrity and sincerity were “fundamental characteristics of all his relations.”