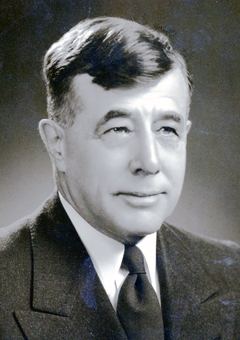 Arthur Hauck, the ninth UMaine president, guided the growth of the university for 24 years, beginning in 1934. During his administration, UMaine grew in both size and status. He sought to maintain and raise academic standards, was a strong advocate of regional cooperation as a means of keeping education costs at a minimum and opening opportunities for capable and ambitious Maine students. During his term as president, 14 major buildings were erected. An auditorium was one of his long-standing dreams during this period, but expansion in other areas prevented it from becoming a reality. Hauck Auditorium was dedicated after his retirement.