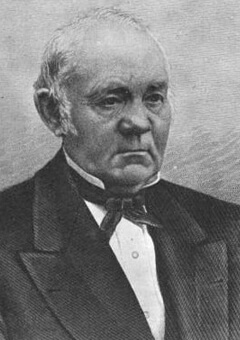 Abner Coburn of Skowhegan was a trustee of the University of Maine from 1867–79. During that period, he served as president of the Board. In the president’s portion of the College Report for 1885, the following reference appears: “The earnest and abiding interest manifested by Ex-Governor Coburn in this institution renders his removal by death from further participation in its affairs, a loss seriously felt by all connected with the College as the loss of a warm personal friend. The magnificent contribution which he made in his will to further endowment of the College will stand as a lasting memorial to the generosity of his nature and to his sympathetic interest in the cause of industrial education.”