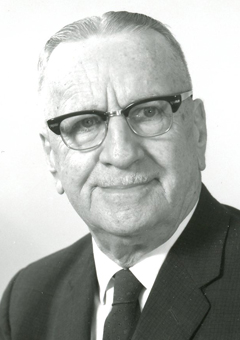 Lyle Jenness came to the University of Maine to teach mathematics in 1923. Three years later, he became a chemistry instructor, and eventually was named head of the Department of Chemical Engineering. In the early 1950s, he was instrumental in organizing the Pulp and Paper Foundation. He was the first director of the Summer Institute program in 1960, a position he held until his retirement from the university in 1966. Following his retirement, he was executive secretary of the foundation for 10 years. His numerous awards include the 1972 TAPPI Gold Medal in recognition of his many contribution to TAPPI and the paper industry.