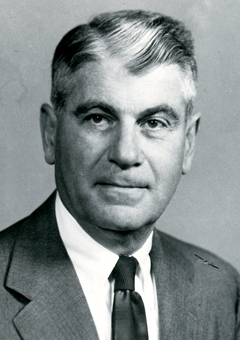 Dr. Lawrence Cutler received his bachelor’s degree from the University of Maine in 1928 and his medical degree from Tufts University in 1932. He was appointed to the Board of Trustees of the University of Maine in 1956 and named its president in 1963. Known for his interest in education at all levels, Cutler was a delegate to the White House Conference on Education in 1955 and served as chair of a Governor’s Advisory Committee on Education. He received the Alumni Career Award in 1978.