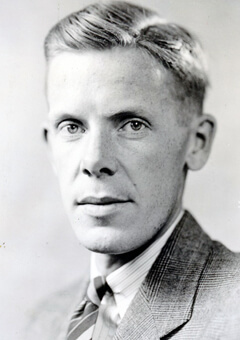 Winthrop Libby served as president of the University of Maine from 1969–73. He holds undergraduate and master’s degrees from UMaine and began his UMaine career in 1934 as an assistant professor of agronomy. Nine years later he was named professor and chair of the department. In 1950, he was appointed associate dean of the College of Life Sciences and Agriculture and dean in 1957. He became director of the University Extension Service (Cooperative Extension and the Continuing Education Division) in 1963.