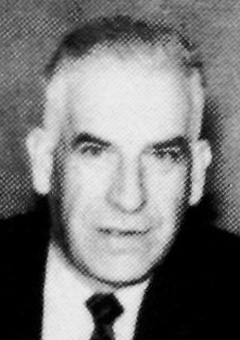 Albert Nutting graduated from the University of Maine in 1927. He joined the UMaine Extension Service as forestry and home grounds specialist from 1931–48. In 1958, he became director of UMaine’s School of Forest Resources, a position he held until 1971. As director, he helped develop forestry research legislation. During his tenure, a Ph.D. program in forestry was introduced. He received an honorary doctorate from UMaine in 1987. After retirement, Nutting received the Maine Black Bear Award from the UMaine Alumni Association for devotion and loyalty to the university.