On Monday, April 28, the College of Liberal Arts and Sciences celebrated their annual student and faculty awards recipients at a ceremony in the Buchanan Alumni House. Awards were presented to outstanding faculty and students, both undergraduate and graduate, in a number of categories.

Special recognition was given to UMaine’s 2019 valedictorian, Drew Brooks, a double-major in music and microbiology. Brooks, of Lyman, Maine, will begin his first year of medical school in August. Check out this profile on Brooks and his experience at UMaine.

Thilee Yost of Damariscotta, Maine was recognized as the 2019 CLAS Outstanding Graduating Student. A double-major in political science and philosophy, with minors in legal studies, and political philosophy and ethics, Yost’s numerous honors include the John Mitchell Nickerson University of Maine Memorial Scholarship, a UMaine Center for Undergraduate Research Fellowship and U.S.-Singapore Exchange Scholarship, as well as being a student in the Honors College. Read this profile to learn more about Yost and her many accomplishments.

Also recognized at the awards ceremony was Madison Riley, an undergraduate student in history and women’s, gender, and sexuality studies, who was selected as one of the recipients of the George J. Mitchell Peace Scholarship. Riley will spend Fall 2019 at the University College Cork in Ireland.

Six graduate students were presented with awards for accomplishments in research, teaching, and scholarship. The 2019 CLAS graduate award recipients are:

A list of past faculty award recipients can be found here.

A record number of promoted and tenured faulty were also recognized during the ceremony. CLAS faculty promoted to full professor:

Outstanding seniors from each CLAS department were presented with awards recognizing their achievements at UMaine. Recipients of the 2019 CLAS Senior Recognition Awards are:

Along with the outstanding graduating seniors, a number of rising seniors were recognized. Recipients of the 2019 James S. Stevens Outstanding Junior Award are: 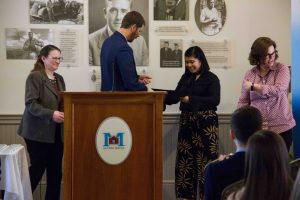 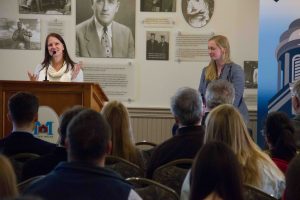 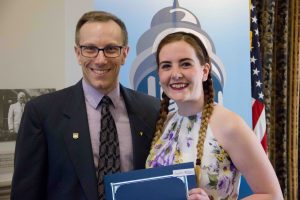 John Thompson, chair of the physics and astronomy department, with Jaqulin Wallace, recipient of the graduate student award for teaching 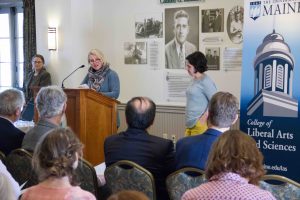 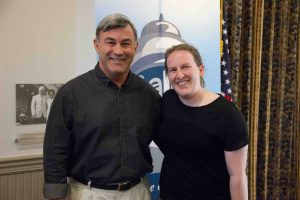 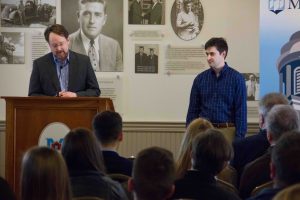 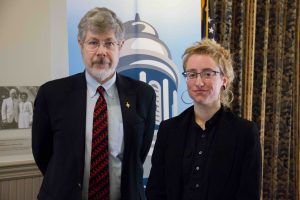 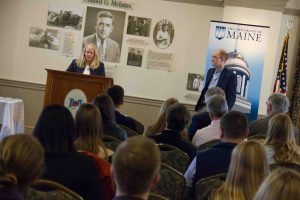 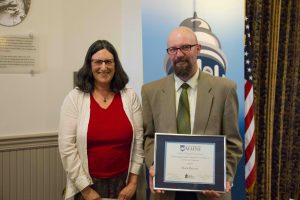 Amy Fried, chair of the political science department, with Mark Brewer, recipient of the faculty award for service and outreach 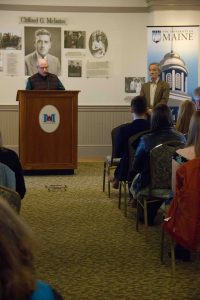 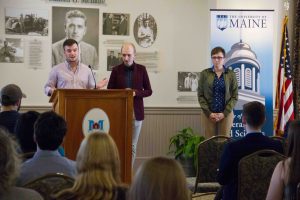 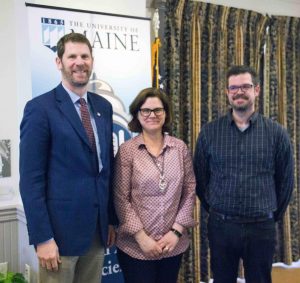 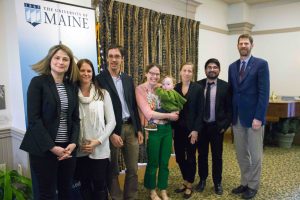 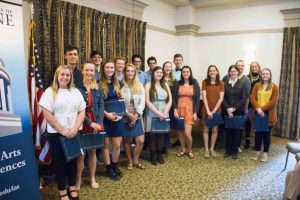 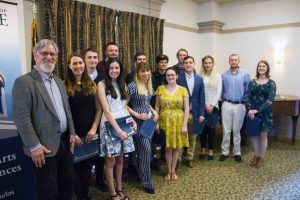