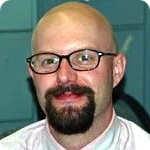 Mark D. Brewer is Professor and Interim Chair of the Department of Political Science at the University of Maine. His research interests focus generally on political behavior, with specific research areas including partisanship and electoral behavior at the mass and elite levels, the linkages between public opinion and public policy, and the interactions that exist between religion and politics in the United States.

Professor Brewer is the author of Party Images in the American Electorate and Relevant No More? The Catholic/Protestant Divide in American Electoral Politics, and coauthor of Diverging Parties, Split: Class and Cultural Divides in American Politics; Dynamics of American Political Parties; and Parties and Elections in America, now in its 6th edition.  He has published articles in Political Research Quarterly, Political Behavior, Legislative Studies Quarterly, and Journal for the Scientific Study of Religion. He is currently working on a study of the place of personal responsibility in American politics with Jeffrey M. Stonecash.