I received a Ph. D. in East Asian History and Far Eastern Languages from Harvard University in 1978. I first joined the Department of History at Maine in 1985 and have offered a variety of courses on East Asia, South Asia, Southeast Asia and the relations of the countries in these regions with each other and with the United States. Currently, I teach the introductory survey of East Asian Civilization (HTY 107), South and Southeast Asia (HTY 108), History of Modern China (HTY 436), History of Modern Japan (HTY 437), The United States and Vietnam: A History (HTY 442), and The Cold War and Its Aftermath in East Asia (HTY 599.) This last course is a graduate seminar designed to give graduate students a detailed examination of the Cold War in East Asia from the perspectives of the major power as well as those of the impacted nations in the region. The aim is to give graduate students the necessary background and overall analyses on the relationships and interactions between national and international issues during this crucial period so as to enable these students to develop courses of their own once they begin their teaching careers. In addition to these regular courses I also offer Research and Reading Courses (HTY 550) to both undergraduates as well as graduate students every year.
My research has focused on the problems of the peasantry and of rural development in East and Southeast Asia. In recently years I have paid increasing attention on the question of development and the roles of governments in general. During the 2000-2001 academic year I served as a Fulbright scholar in Vietnam, teaching courses on the history of economic development in East and Southeast Asia since the end of World War II and the history of foreign relations in East and Southeast Asia since the end of the Cold War.

Over 200 articles and book chapters have been published in various languages.

Ngo Vinh Long. Review of Elkind, Jessica, Aid under Fire: Nation Building and the Vietnam War . H-Diplo, H-Net Reviews. April, 2017. Although this is a review article, it is quite detailed and it gives substantial information not found elsewhere.

“After the Fall of Saigon: America’s War in Vietnam and the Surprising Friendship that Followed,” The Cairo Review of Global Affairs (School of Global Affairs and Public Policy, the American University in Cairo), 17/2015, pp. 76-91.

“Unhappy Neighbors: Why Beijing Muscle-Flexing in the South China Sea Alarms Asia,” The Cairo Review of Global Affairs (School of Global Affairs and Public Policy, the American University in Cairo), Winter 2013, pp. 70-85. A link to the electronic version of this article is as follows:

“Legacies Foretold: Excavating the Roots of Postwar Vietnam” in Scott SLaderman and Edwin A. Martini (editors), Four Decades On: Vietnam, the United States, and the Legacies of the Second Indochina War (Duke University Press Durham and London 2013), pp. 16-43.  “The Socialization of South Vietnam” in Odd Arne Westad and Sophie Quinn-Judge, The Third Indochina War: Conflict between China, Vietnam and Cambodia, 1972-1979 (Routledge 2006) pp. 126-151.

“South Vietnam” in Peter Lowe, THE VIETNAM WAR (Macmillan, London, June 1998.) The most comprehensive article on the war and political development in South Vietnam in any language.

“The Tet Offensive and Its Aftermath” in Marc Jason Gilbert and William Head (eds.), THE TET OFFENSIVE (Westport, Connecticut: Praeger, 1996).

“The Good and the Bad of Vietnam’s Development” in Challenge: The Magazine of Economic Affairs (M.E. Sharpe, Inc.), January-February 1997.

“Agrarian Differentiation in the Southern Region of Vietnam,” Journal of Contemporary Asia, Vol. 14, no. 3, 1984.

“Vietnam’s Revolutionary Tradition” and “The Franco-Vietnamese War, 1945-1954: Origins of US Involvement” in VIETNAM AND AMERICA: The Most Comprehensive Documented History of the Vietnam War, edited by Marvin E. Gettleman, Jane Franklin, Marilyn B. Young, and H. Bruce Franklin (Grove Press, 1995.)

“The Tet Offensive and Its Aftermath” in Jayne Werner and David Hunt, The American War in Vietnam ( Southeast Asia Program, Cornell University, Fall 1993). This is a ground-breaking study that helped change the nature of historical research on the war in both Vietnam and the United States. In the United States it has strongly influenced books such as Ronald Spector’s After Tet: The Bloodiest Year in the Vietnam War and Ronnie E. Ford’s Tet 1968: Understanding the Surprise.

“Post‑Paris Agreement Struggles and the Fall of Saigon” in Jayne Werner and Luu Doan Huynh (eds.), The Vietnam War: Vietnamese and American Perspectives, M. E. Sharpe  (1993). This is another trail-blazing study. A Southeast Asian specialist states in his review in the February 1994 issue of The Journal of Asian Studies that “Ngo Vinh Long… has developed into that regime’s most brilliant critic and one of Vietnam’s finest historians.”

“Vietnam,” the lead chapter in COMING TO TERMS: Indochina, the United States, and the War, edited by Douglas Allen and Ngo Vinh Long (Westview Press,1991). Considered by critics as the most comprehensive article on Vietnam ever written.

“The War and the Vietnamese” in George Katsiaficas (ed.), Vietnam Documents: American and Vietnamese Views of the War (M.E. Sharpe Inc. (1992.).

“Pacification: The Name Game”, “Defoliation: The War Against the Land and the Unborn,” and “Vietnamization: New Rhetoric for Old Objectives” in The Indochina Story, edited by the Committee of Concerned Asian Scholars (New York: Pantheon Books, 1970).

“Leaf Abscission?” BCAS, Vol. 2, no. 1 (October 1969). This was the first scholarly study that made the connection between the American spraying of herbicides, used chiefly for destroying crops to drive the Vietnamese population out of the countryside, and the health problems and birth defects of the South Vietnamese population. As a result, it  was widely cited in most studies on the subject. For examples see: John Lewallen Ecology of Devastation: Indochina (Baltimore: Penguin Books, 1971); Thomas Whiteside, The Withering Rain: America Herbicidal Folly (New York: Dutton, 1971); Barry Weisberg (ed.), Ecocide in Indochina (Harper & Row, Publishers, 1970); Jonathan Grant, Laurence Moss, and Jonathan Unger (eds.), Cambodia: The Widening War in Indochina (New York: The Washington Square Press, 1971).

An article published on January 27, 2018 in Thanh Nien (Youth, the largest print daily in Ho Chi Minh City although it also has an electronic version), on the shocks created in the United States by the Tet Offensive of 1968 and its impact. Following is the link to the article:

Article entitled “The South China Sea and regional security after the dramatic development of the TPP [Trans-Pacific Partnership] published by VietnamNet on November 15, 2017:

“Should Vietnam sue China at the corporation levels?”

“China should be taken before the International Court of Justice.”

“The best consensus is one that rests on a foundation of justice and democracy,” published in Saigon Thời Báo [Saigon Periodical].

Since 2008 I have given almost monthly interviews to mass media because I regard this as the most effective ways to reach a wide audience (sometimes several millions listeners and readers). Following are some examples (with either full or partial transcripts) given to the Vietnamese-language broadcasts of RFI (Radio France Internationale), the BBC, VOA (Voice of America), RFA (Radio Free Asia), NHK (Japan Broadcasting Corporation). Translation into English of the titles of the first few interviews are given below to give an indication of what some of these interviews deal with for those who do not know Vietnamese:

Transcript of a portion of the BBC interview on the Paris Peace Talks on October 14, 2021:

Text of the interview on the history of Vietnam’s diplomacy with the BBC uploaded on August 13, 2021.

Interview with the BBC, July, 2021, on 100 years of the Chinese Communist Party. Second program on same subject:

The Vietnam War: The United States invaded or just intervened? Interviewed on May 6, 2021.

Interview with the BBC on the state of historical research on modern Vietnam. May 6, 2021.

Transcript of the above interview:

Interview with Nikkei on the new leadership in Vietnam (April 5, 2021) and Vietnam’s economic, political, and diplomatic agendas for the future:

Interview with VOA, 26/11/2020, on how Vietnam should be very careful in dealing with the United States under Trump.

Interview with VOA, 23/11/2020, on the heated debates between the U.S. and Chinese embassies in Hanoi and their implications.

Interview with one of the largest online newspapers in Vietnam on China-US verbal confronation in Hanoi:

On why China disclosed on November 17, 2020 that its aircraft carrier hit a target in the South China Sea in a war game in August 2020.

Interview with Nikkei.com on why the majority of people in Vietnam roots for Trump and his purportedly hardline on China.

An hour of interview by the BBC, with two other guests, on the presidential election in the United States and on Secretary of States Mike Pompeo’s visits to India, Sri Lanka, Maldives , Indonesia and Vietnam.

Interview with VOA on the border treaty between Vietnam and China and its significance.

Interview with Radio France Internationale, 29/07/2020, on Vietnam-China positions in the South China Sea.

Interview with VOA, 04/06/2020, on the affect of the political turmoil in the United States on its leadership in the world and in East Asia.

Detailed interview article on May 8, 2020 in the legal journal called Pháp Luật (The Law) on China’s use of a diplomatic note in 1958 by Vietnam’s Prime Minister Pham Van Dong to claim the entire South China Sea. This journal is published in both paper and electronic versions in Ho Chi Minh City:

Interview with the BBC on the implications of improved U.S.-Vietnam relations after the phone calls between President Trump and the Vietnamese Prime Minister on May 6, 2020 and between the Foreign Minister of Vietnam and Secretary of State Mike Pompeo on the same day.

April 30, 2020: Interview with Thanh Nien (Youth), the largest print and online journal in Ho Chi Minh City on how Vietnam and the United States were defending the common interests of all the countries in Southeast Asia:

Interview with BBC on April 24, 2020: “Who will form an alliance with Vietnam and support it in the South China Sea?”

A detailed interview published on April 19, 2020 in Pháp Luật about China’s establishment of two administrative districts to control the South China Sea and implications for all the other countries in the region and beyond:

April 18, 2020: Interview with BBC on how China continued to assert its power in the South China Sea.

Interview with BBC on December 25, 2019, on how China was setting a trap for Vietnam around Bãi Tư Chính, off the southern coast of Vietnam:

Interview with the Voice of America (VOA) on September 19, 2019, on why England, France, and Germany needed to form an alliance to counter China’s increasing assertions in the South China Sea:

July 24, 2019: Interview with the BBC on China’s aggressive activities in the area around Baĩ Tư Chính, off the southern tip of Vietnam:

August 14, 2019: Interview with the legal journal, Phap Luat, on China’s psychological warfare in Southeast Asia over the South China Sea:

“The United States prevents China from getting more aggressive in the South China Sea.”

“Threat from China and the South China Sea issue.”

“In receiving President Trump what has Vietnam able to reap?”

“During his visit to Asia President Trump has shown little concern for security issues.”

“Xi Jinping forwarded the targets for making China the hegemon.”

“The South China Sea and China’s hand [manipulation] at the 2017 ASEAN Summit meeting.” 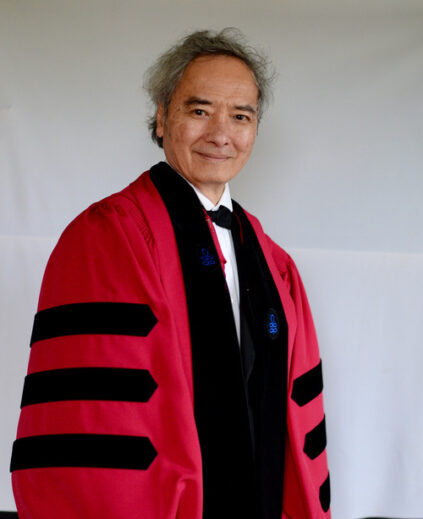