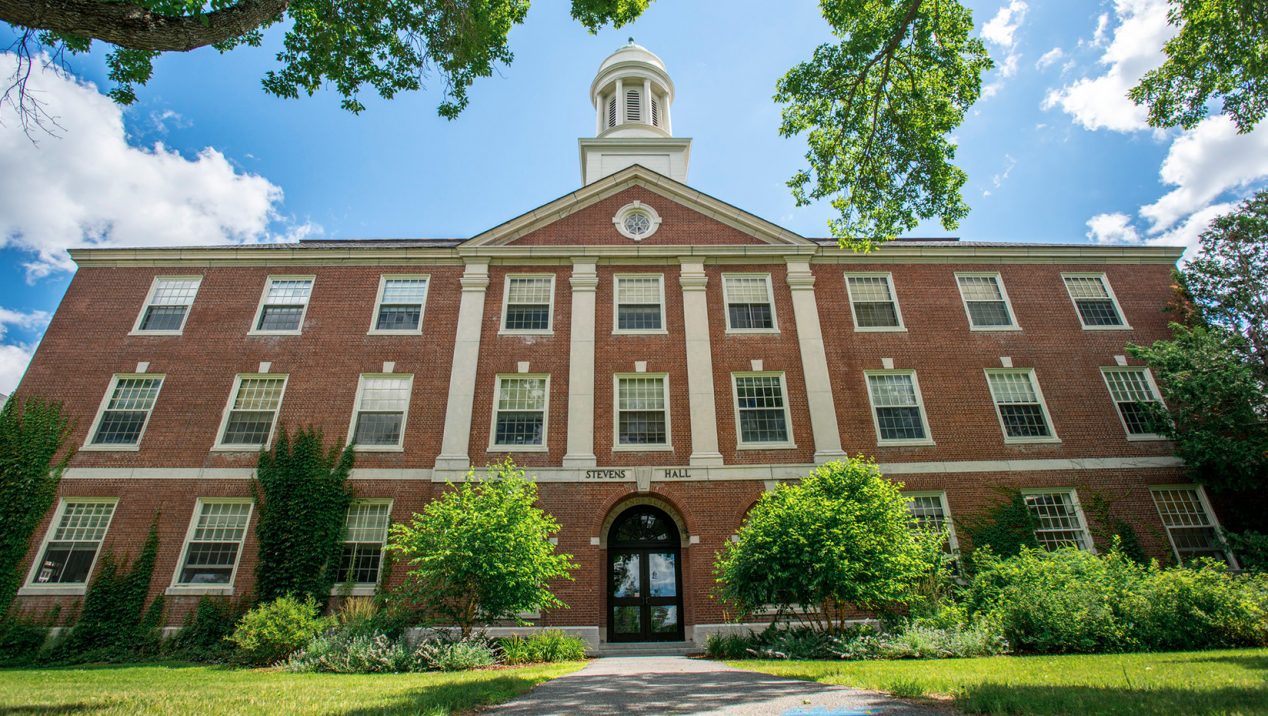 The imposing center of this three-building complex was built in 1924, receiving its current name after its two connecting buildings, North and South Stevens halls, were added. Originally called the Arts and Sciences building, it was in renamed in honor of James A. Stevens, the first dean of the College of Arts and Sciences in 1905. With its neoclassical architecture, central cupola, handsome façade and traditional landscaping, Center Stevens Hall is often chosen to represent the university in photographs. Look for “Arts and Sciences” carved in granite above the fanlight at the central entrance and note the open arcades connecting the additions.