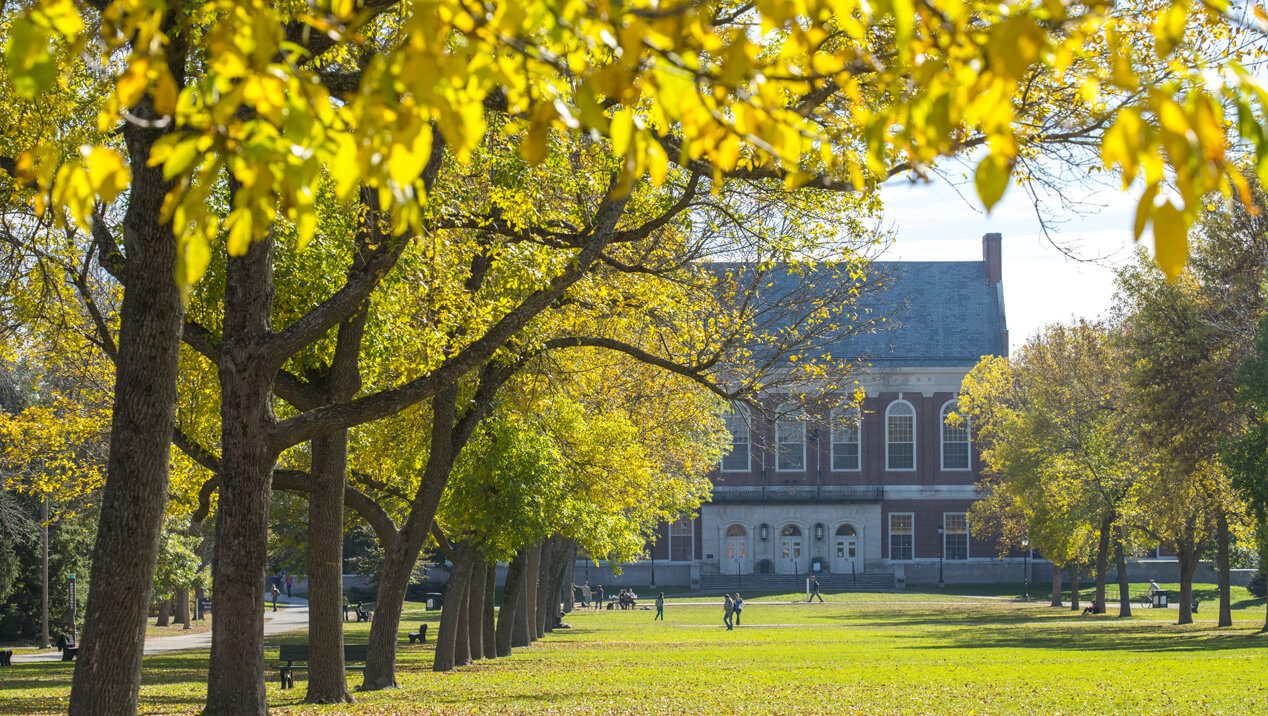 The University of Maine Mall is a 950-foot-long tree-lined pedestrian green space in the heart of campus. Its conceptualization as a park-like setting dates to a 1932 master plan developed by Olmsted Brothers, the Massachusetts-based firm founded by legendary landscape architect Frederick Law Olmsted. Olmsted and his firm “brought the principles of public park design to American college campuses” nationwide, designing them to be “beautiful, sustainable, community-oriented and, ultimately, beneficial to student development.” UMaine has the distinction of being one of the few campuses planned by Frederick Law Olmsted before the turn of the century.

On the Circle The Mall Tour, your first stop is the Fighting Black Bear statue, a tribute to UMaine’s mascot. Take a moment and look at the Mall, which is beautiful every season and frequently full of activity. Bounded by the Fighting Black Bear statue and Fogler Library, the Mall is lined by green ash trees. These trees replaced an earlier planting of American elms that succumbed to Dutch elm disease.

Facing the Mall with the bear at your back, head right across Long Road toward Corbett Hall, ultimately working your way down the West Mall Way to Fogler Library at the Mall’s south end. Continue around the front of the Library and up the East Mall Way, returning to the Black Bear Statue.