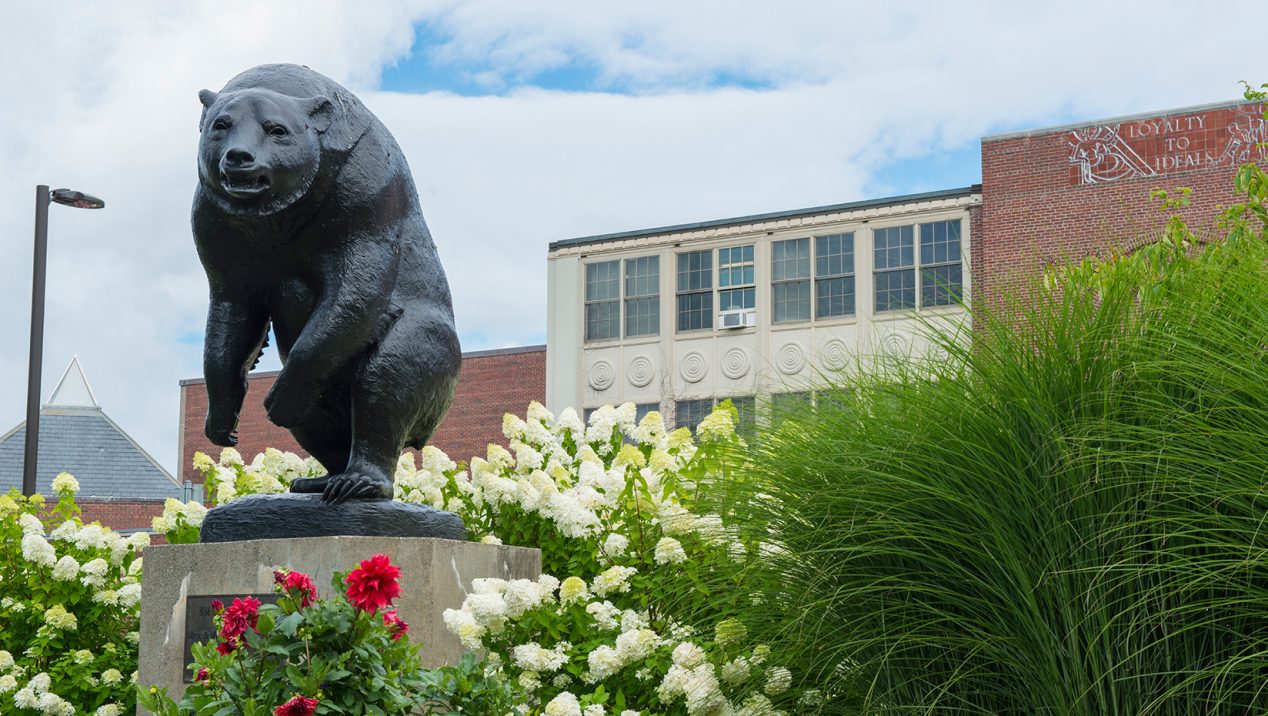 Considered one of UMaine’s best-known landmarks, the 8-foot gunmetal bronze Fighting Black Bear statue by New Hampshire sculptor Patricia Lewis Verani was donated to the university in 1979 by alums Wallace “Bud” and Virginia “Gina” Humphrey. It replaced an 18-foot bear statue carved in white pine, a gift of the Class of 1962. The black bear has been the university’s mascot since 1914 when a black bear cub, found on the slopes of Mount Katahdin and named Jeff, was brought to a football game with Colby College. UMaine won the game and the university had a new mascot.