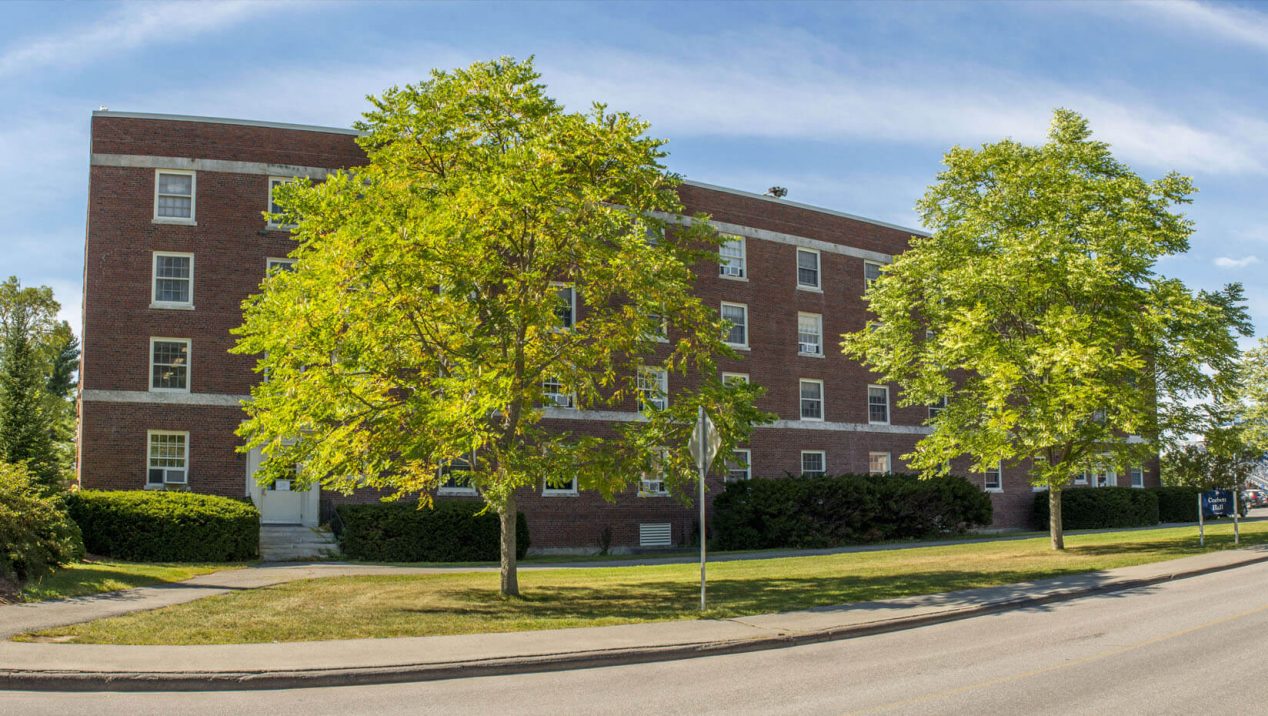 The grounds in front of this rear façade of Corbett Hall include three trees unusual for Maine — Kentucky coffeetrees — and, at the building’s south end, a small landscaped garden (with Wells Conference Center signage). The trees and garden are part of UMaine’s Campus Arboretum concept (more on this later). Corbett Hall — like many UMaine buildings — was named for a person the university particularly wanted to honor, in this case, Lambert Seymour Corbett, a long-term faculty member and then the dean of men from 1929–45. Corbett Hall, built in 1947 as a men’s dormitory, now houses administrative offices.