What We Should be Learning from Syria: Climate, Planning and Worst Case Scenarios

In the last few years, scholars1 have discussed the compounding effect of climate stressors and political unrest in Arab nations leading up to the Arab Spring uprisings.2 They have highlighted the environmental changes that led up to the regime changes, and the possibility for international multilateral cooperation in a volatile climate future.3;4 An ever-growing migration out of Syria, driven by long-term warming and drought, has spread concern about refugee health and wellbeing across the world. The issue has rapidly changed from a question of why we are seeing such drastic ecosystem changes, to how to deal with its human toll. The unprecedented rapidity and frequency with which natural disasters are occurring globally continues to impact civil society and increase health and safety risks. Combining climate modeling, worst-case scenario planning and well-timed government interventions continues to be the best way to prevent large-scale climate migration.

“Decreased precipitation and increased warming may render the region unlivable within 100 years, leading to an even greater refugee crisis.”

While droughts have been common in this region, the ongoing drought that started in 2006 is unprecedented in length and magnitude, and has increased the strain on families with limited natural resources and extreme material poverty.1 The drought is not a direct result of the warming climate, but is worsened and lengthened by climate change, exhausting the small storehouse of resources that rural communities had built.2 The combination of increased immigration to the urban outskirts and rapid resource depletion became a catalyst for civil discontent as food and societal resources diminished.1 Syria’s government, unprepared for this extreme and extraordinary event, was unable to deal with the sudden exodus of rural families into cities, and met them with no assistance.

“The possibility that increasing drought will render Syrian migrants unable to return is a real concern that neighboring countries must prepare for. In effect, even while countries are discussing next steps, it is critical to plan for the possibility that current climate refugees will not be able to go back to Syria, and migration will not slow.”

Climate is a driver for the destabilization of the region,3 and in order to understand the future security issues throughout the region, it is vital to incorporate climate predictions. Models4 agree that both an increase in warming, and decrease in groundwater availability may lead to permanent drought. Decreased precipitation and increased warming may render the region unlivable within 100 years, leading to an even greater refugee crisis. Additionally, the possibility that increasing drought will render Syrian migrants unable to return is a real concern that neighboring countries must prepare for. In effect, even while countries are discussing next steps, it is critical to plan for the possibility that current climate refugees will not be able to go back to Syria, and migration will not slow.

The unprecedented migration out of Syria has continued to increase over the past few years. As of October 1, 2016, the United Nations has accounted for over 4 million Syrian refugees who have left for surrounding countries, reducing the previously assessed Syrian resident population of 22 million by almost 20%.4 For Syrians trying to stay in the region, even a drop in population this large may not help to alleviate the strain of water depletion. While under different circumstances this outflow of migrants could lower water stress, the coupling of increased drought and exhausted water reserves means Syria will continue to suffer from resource loss.

“If crops and animals using groundwater don’t have what they need, the cycle of resource loss will continue and an increasing number of people will be affected. While further resource loss is a very real danger for Syrians, it could also mean the continuation of long term ecosystem damage leading to desertification.”

The Gravity Recovery and Climate Experiment (GRACE) is a data-gathering satellite monitored and run through institutions including NASA, JPL, and a coalition of Universities. Using measurements of earth’s gravitational field, the program monitors ground water reservoirs globally.5 Scientists involved have calculated that the Arabian aquifer system that Syria shares with its neighbors is currently being depleted by more than -10 mm/yr-1.6 This means that all of the rain, fog and snow in Syria can’t account for the water 60 million residents are using, making the Arabian aquifer the world’s most overstressed.6 If crops and animals using groundwater don’t have what they need, the cycle of resource loss will continue and an increasing number of people will be affected. While further resource loss is a very real danger for Syrians, it could also mean the continuation of long term ecosystem damage leading to desertification.

While aquifer depletion is extremely dangerous on its own, the situation will continue to be worsened by predictions of decreasing precipitation throughout the region. The International Panel on Climate Change (IPCC) has modeled a number of climate scenarios for the next 100 years. If the world warms 2 degrees Celsius by 2050, precipitation forecasts for Syria decrease from their current meager levels of 25 cm/yr-1, 6 to between 0-20 cm/year-1.7 This would be followed by further depletion to 0-15cm/yr-1 by 2100 at an increasing rate of warming. The combination of a rapidly depleting groundwater system, and precipitation levels that are unable to supplement usage, mean Syria will suffer from increasing water insecurity. This coupling of a rapidly depleting watershed and precipitation loss would intensify the drought, forcing residents to migrate in even larger numbers.

Though the implications of climate models highlight the necessity of either increased governmental resource management or migration from the Syrian region, it will be impossible for the population to successfully relocate in total. In reality, the lack of strong government leadership increases the likelihood of a resource-depletion, which may lead to civil strife and migration as residents use all resources available to them, and the government is unsuccessful in securing transnational assistance. Even if robust negotiations were currently possible, with ongoing fighting between the Assad regime and transnationally backed local insurgents, it would still be difficult for Syria to secure the resources it would need to counter the swift water losses brought by a changing climate.

It will also be difficult for the global community to continue to care for refugees. Even with the current accommodations being offered by the European Union and the United States, if the drought continues as projected, a continued influx of new residents into regions that are already resource strained could make housing climate refugees more difficult for neighboring Hungary, Turkey, and Greece. As populist and protectionist movements grow in countries outside of the region, a lack of access to international support for the refugees could mean increasing destabilization throughout the region.

Within the context of wider implications worldwide, Syria can serve as a teachable moment for international response to natural disasters. The Syrian drought, overlooked by much of the developed world, became a strong driver in political unrest that led to mass migration. The destabilizing effects have been clear as far away as Britain, where the influx of new residents fleeing conflict and drought in the Middle East may have impacted the results of the Brexit vote.8 Clearly, the destabilization of one region can lead to reverberations worldwide, a problem that could be minimized with early intervention during natural disaster-driven humanitarian crises.

Governments must begin to plan for worst-case climate scenarios. Increasing desertification in the mid latitudes and severe weather in the north may continue to increase the number of climate refuges globally, and bring subsequent housing and concerns for refugee safety. The combination of environmental and social destabilization has already proven to be a trigger for civil unrest, and it is likely that this type of conflict will happen more often, in ecosystems with existing cycles of water or food insecurity. These can be exacerbated in areas prone to drought, flooding or temperature extremes, as these natural cycles see increased frequency and magnitude.9 Regional social tensions coupled with resource scarcity means that building cultural ties beyond state boundaries will be crucial in order to maintain stability. Dialogue between governments must therefore include the shared safeguarding of resources, and planning for natural disasters, in order to mitigate security concerns and prevent violence.

“Even as an increasing number of nations are called on to house refugees, governments must utilize climate forecasting as a tool for decision making and scenario planning.”

The destabilization of Syria has highlighted the strong connection between climate change and regional security, including the reverberating global impacts that regional destabilization can bring. Even as an increasing number of nations are called on to house refugees, governments must utilize climate forecasting as a tool for decision making and scenario planning. Each geographic region will have specific concerns brought on by local climate changes, though issues such as clean water, air pollution and food security are shared. Sea level rise and coastal flooding, droughts, wildfire and the increase of natural disasters can all be drivers of conflict if there is not a strong government system to secure the health and safety of residents. The social challenges brought on by the increased warming of the 20th century and subsequent natural disasters, are continually growing.9 As the climate continues to warm, increasing change may bring long term displacement and unrest, a reality for which the international community must jointly prepare. 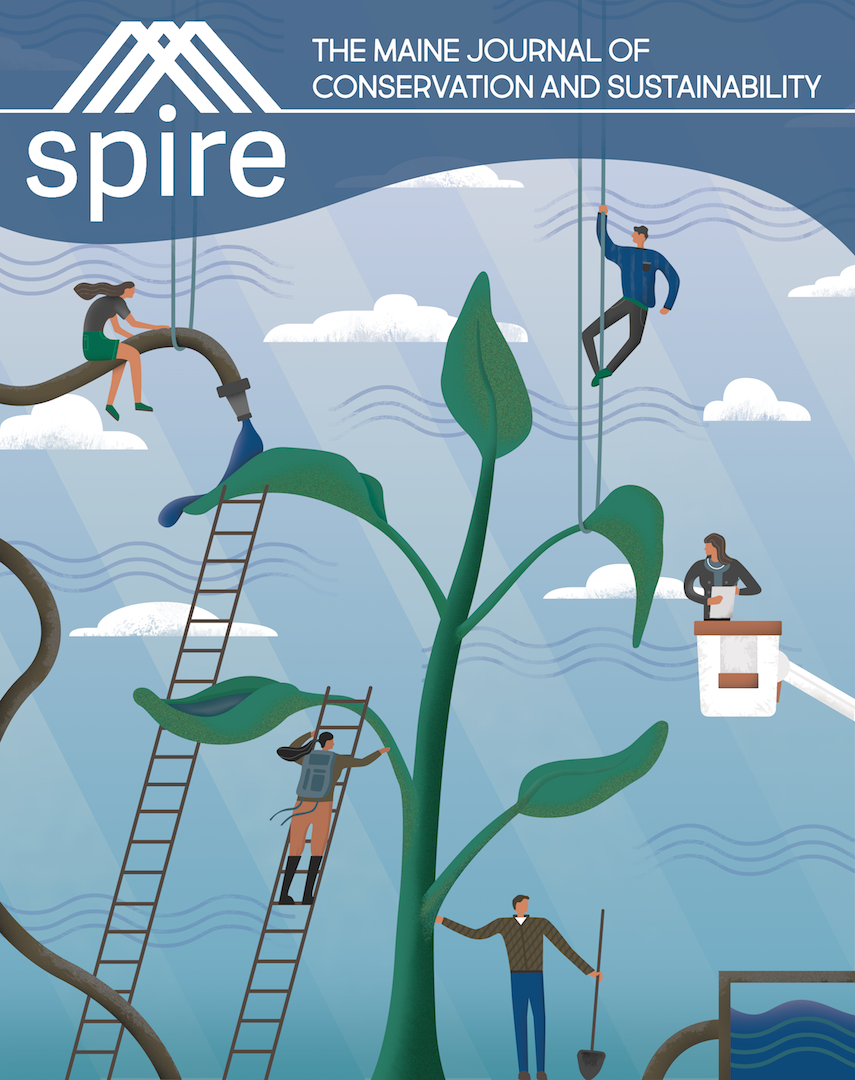