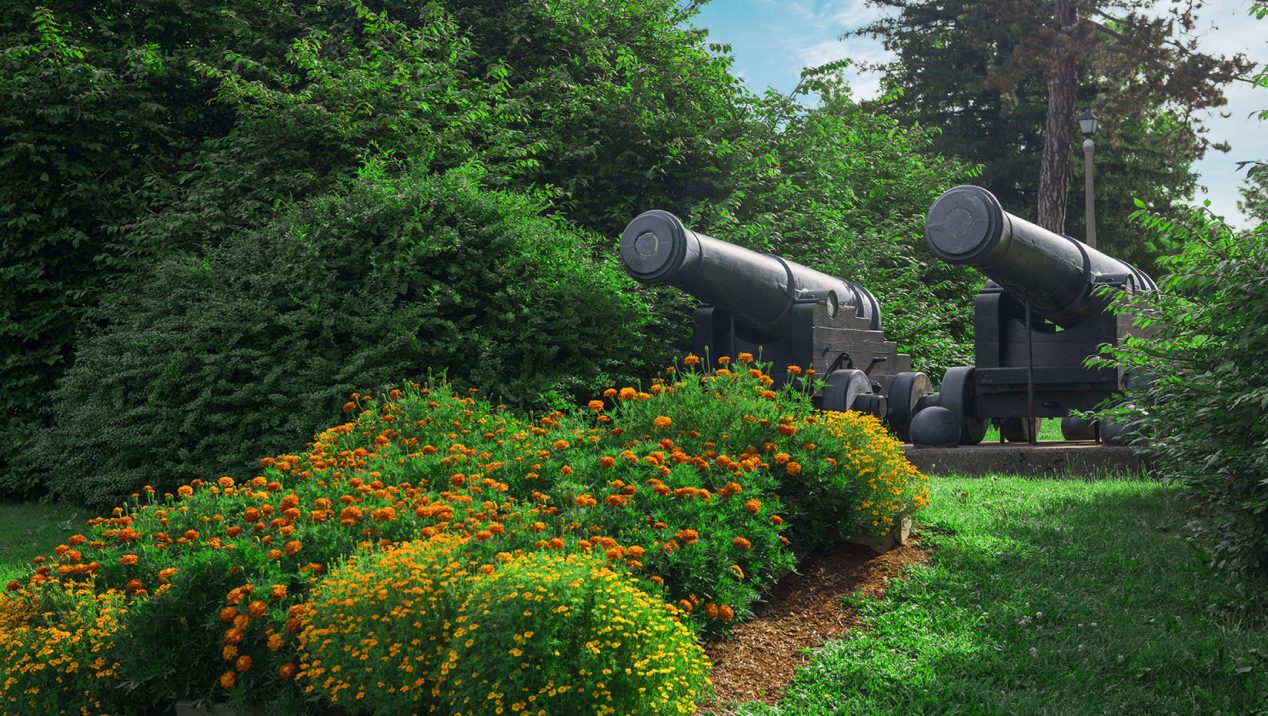 Two sets of historic cannons are among the many objects given to UMaine for campus exhibit. Donated in 1932 by alum Llewellyn Edwards, the cannons are on a well-tended lawn bisected by a sidewalk leading from College Avenue. The northern set is Civil War era; the set to the south is a replica display presumably from an early 20th-century repair/renovation of the USS Constitution, first launched from Boston Harbor in 1797. In front of the Constitution cannons is a flower garden in the shape of an “M.” Stately Norway spruces encircle the Civil War cannons. Both sets of cannons were obtained from the distribution of decommissioned government items. Incidentally, one of the ship’s early commanding officers was Commodore Edward Preble of Portland; moreover, the original masts on the Constitution were of Maine pine.