Mind-blowingly innovative New Media artist Gene Felice will join with a transdisciplinary array of artists, scientists, historians and local cultural groups to create a site-specific experience that will delight the senses and stimulate reflection. Another in his series of FLOW events (we used an image from a past event at the Bangor Thomas Hill Standpipe on our UMHC brochure), Felice’s Coaction lab will collaborate with SCANZ 2017 Energy + Water (an organization exploring art, science, culture and technology) and others to create a multi-sensory / multi-perspective experience at the historic Fort Knox and Penobscot Narrows Bridge and Observatory in Bucksport, ME on June 24th 2017. Not to be missed! Check out the website: FLOW Fort Knox 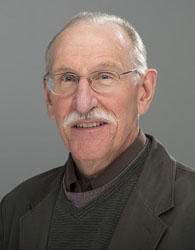 On Basic Income: Conference at the Institute for Futures Studies, Stockholm, Sweden

You may have heard talk of whether the idea of a “universal basic income” for all citizens could promote freedom and democratic values on shows like NPR’s Marketplace and elsewhere. It’s a hot topic. Well, the national coordinator for the US Basic Income Guarantee Network and co-editor of the international journal, Basic Income Studiesjust happens to be UMaine Philosophy professor Michael Howard. With support from UMHC (and others) he’ll be heading to Sweden this March to participate in a symposium on the Harvard UP book Basic Income: A Radical Proposal for a Free Society and a Sane Economy by Van Parijs and Vanderborght. But he won’t stop there, after the conference, he’ll make stops in Berlin, Barcelona, London, Oxford, York, and East Anglia. Our local expert is in high demand! 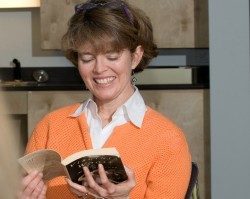 Leigh Boyle, whom Killinger is working to bring to UMaine and local high schools, is founder of an organization that goes to the heart of the humanistic endeavor. The Lipstick Project (named for the story of a crate of lipstick that mysteriously appeared during the liberation of the Bergen-Belsen Concentration Camp) provides free, professional spa treatments to people in hospice and hospitals, bringing beauty and dignity to them during the last days of their lives. This “collective assault” on institutional isolation is an exemplary model of feminist, community engagement rooted in the belief that human touch is a powerful, binding societal force that is essential to the human experience. 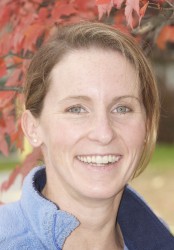 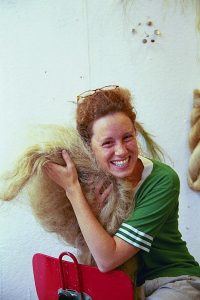 Cultivating Curiosity About Phage: Visualizing the Most Abundant Invisible Entity

In this fascinating project, exemplary for its interdisciplinary nature, artist Mauery and scientist Molloy will collaborate to create a series of glass and fiber artworks that represent bacteriophage—abundant and diverse viruses that infect bacteria. Through these visually appealing and inspiring works non-specialists will be invited to think about the significance of phage’s existence and of these viruses’ impact on our health and on the world we live in. Mauery and Molloy’s project, which will culminate in a Lord Hall exhibit in 2018, promises to challenge our preconceptions about both art and science. 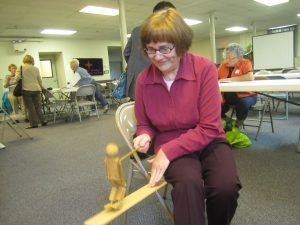 A local expert on the German “Hessians” (auxiliary German soldiers in the service of the British military, many of whom fought in our Revolutionary War) Rodrigues, in collaboration with a slew of local partners, is coordinating a weekend of events, enactments, and lectures at Fort George in Castine (September 9-10, 2017). The focus will be on British and German troops, as well as Loyalists. There will be music of the period and presentations of what life was like from 1779-1783. Who knew that the pristine coastal town of Castine was once a hotbed of Crown troops protecting Loyalists who believed that the Penobscot River would be the border between the brand new United States of America and “British North America”? 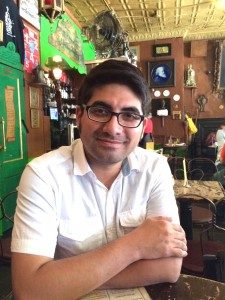 Signs Preceding a New Fiction: The Contemporary Mexican Novel after Bolaño and Piglia

How do English-speaking Americans read and understand the contemporary Mexican novel? Generally, we’re mad for “international fiction” in translation and indeed, the novel is one of the best vehicles for delivering the news of other cultures in a way that is, as UMaine students love to say, “relatable.” Continuing his research towards a book on contemporary Latin American literature, Villacorta has identified four twenty-first-century Mexican authors—whose work has been translated into English and published in the US—that are changing the landscape of Mexican fiction. Emphasizing the importance of these works as “unique fiction-machines,” Villacorta proposes to show how these writers are challenging assumptions about the Latin American novel. Watch out “magical realism”! 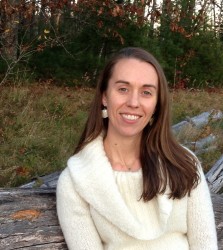 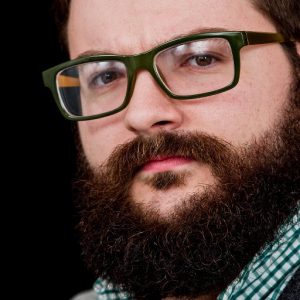 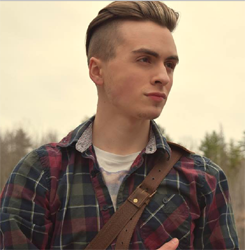 This project is a wonderful example of applied humanities and public engagement. Working with shellfish committees in Gouldsboro, Bar Harbor, and the 7-town Frenchman Bay Regional Shellfish Program, this cross-generational team recognized the urgent need to connect sustainability science with humanities scholarship in a quest to advance creative, critical, and ethical solutions to a host of social and environmental challenges facing Maine’s coastal communities. McGreavy, Quiring, and Hathaway began this project in 2014 by designing an ingenious Clam Cam (a camera attached to the body of shellfishermen) to create a first-of-its-kind digital archive of the mysterious clamming experience. Determined to put this data to use, they now propose, through community workshops and dialogue, to create a “stakeholder engagement process” which will allow them to get feedback from coastal communities and build an audience for the Clam Cam website.