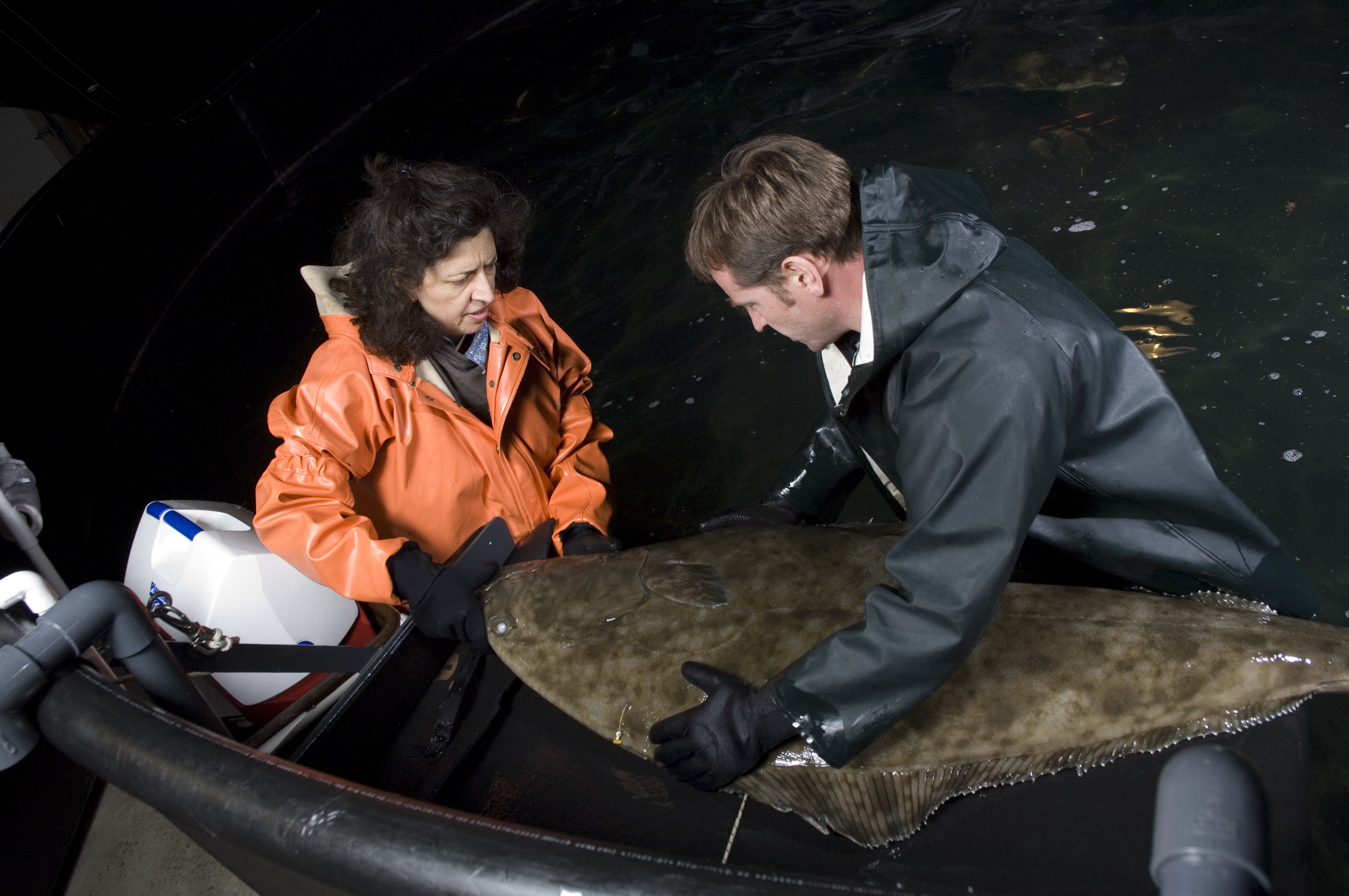 Atlantic halibut (Hippoglossus hippoglossus) is considered one of the best candidates for aquaculture in Maine. The CCAR has laid the foundations for the development of a halibut farming industry, first by collecting and conditioning one of the largest collections of broodstock Atlantic halibut in the world and then by developing the hatchery, technology and facilities to produce and rear the juvenile fish and to ongrow them to harvest weight.

CCAR’s Atlantic halibut program ran for 20 years (2001-2021). Starting in 2001 over 200 broodstock fish were either caught from the wild by long line in the Gulf of Maine or Nova Scotia, or  grown to maturity from the hatchery as first generation (F1) captive broodstock. Halibut don’t reach reproductive maturity until they are  6-8 years old and they can live for a very long time, up to 80 years or more. Our first halibut collected from the wild started to spawn in the 2004 season, and by 2016 many of our mature F1 fish were also producing gametes.  A commercial scale hatchery designed to rear a variety of marine fish juveniles, including Atlantic halibut, was completed in 2005.   Juvenile halibut reared at CCAR have been grown to harvest in specially designed systems housed in our business incubation facilities. The first module, with a capacity of 5 metric tons, was a novel low head recirculating system. The lessons learned from the operation of this module were applied to the next phase in 2009-2011, a 20 metric ton facility designed in house and operated as a demonstration project. This particular project ended in 2011, but it left us with valuable information for future halibut entrepreneurs in Maine. 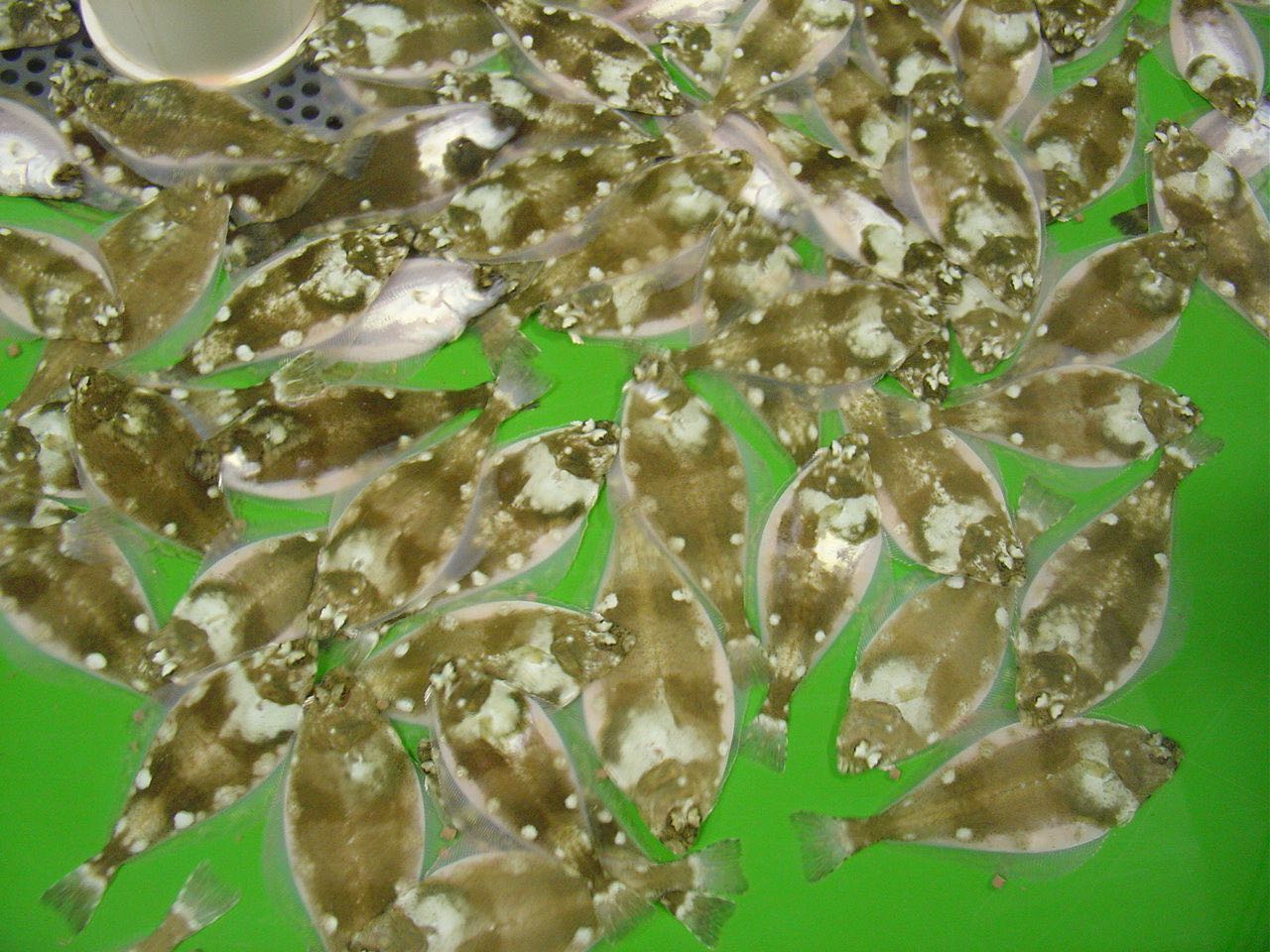