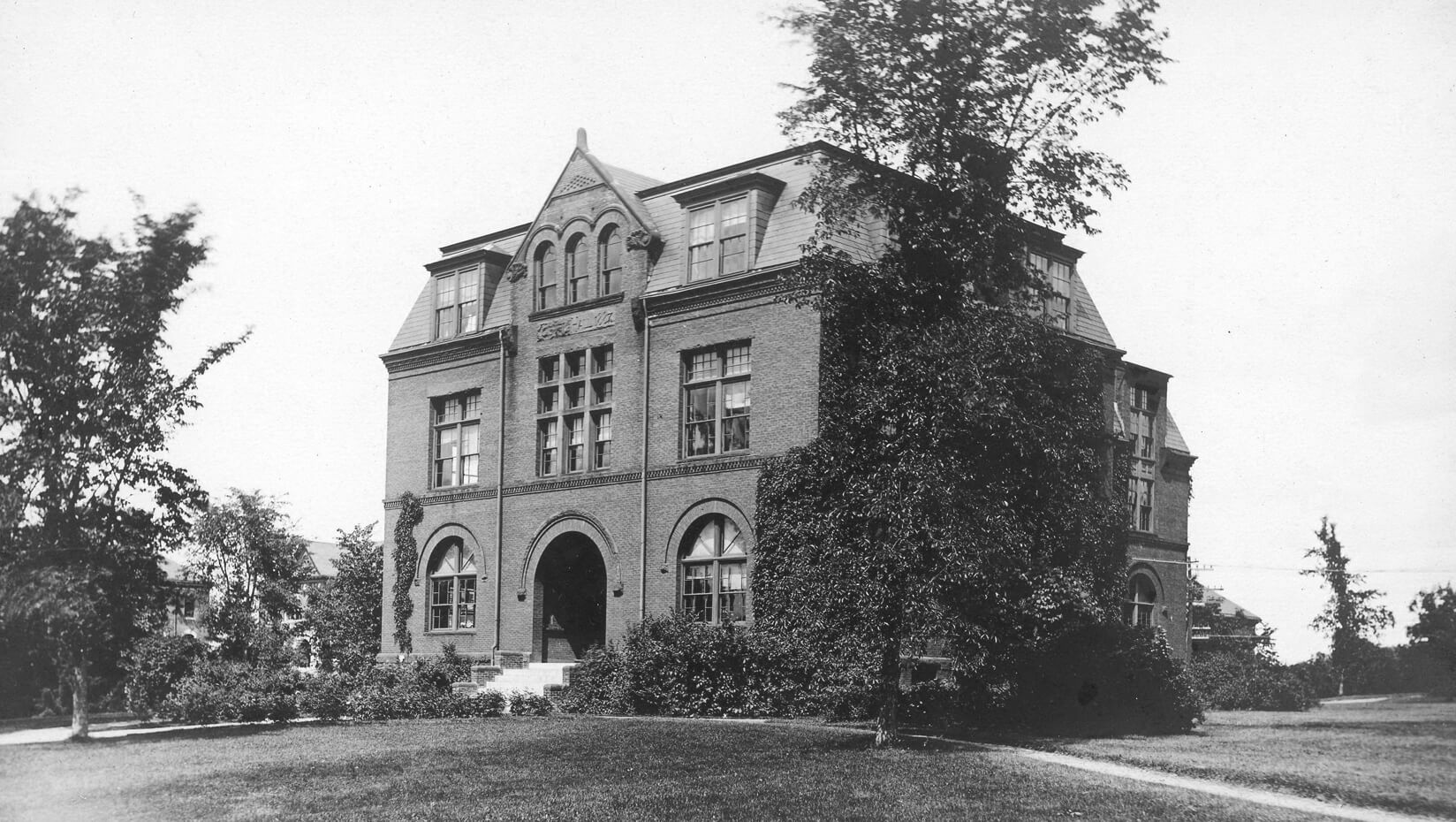 Coburn Hall was built in 1887–88 for the departments of Agriculture and Natural History. In addition to administrative offices and classrooms, Coburn contained the college library and a natural history museum. The building was named in honor of Abner Coburn, chairman of the Board of Trustees for many years and governor of Maine in the 1860s. Frank E. Kidder, a Boston architect and an 1879 Maine State College graduate, prepared the plans for Coburn Hall. Kidder also authored “The Architects’ and Builders’ Pocket-Book” (later “The Architects’ and Builders’ Handbook”), a technical book about building construction that has been used by several generations of builders and architects. Coburn Hall was considered a significant addition to the campus as it represented the importance of agriculture to the college and to the state.