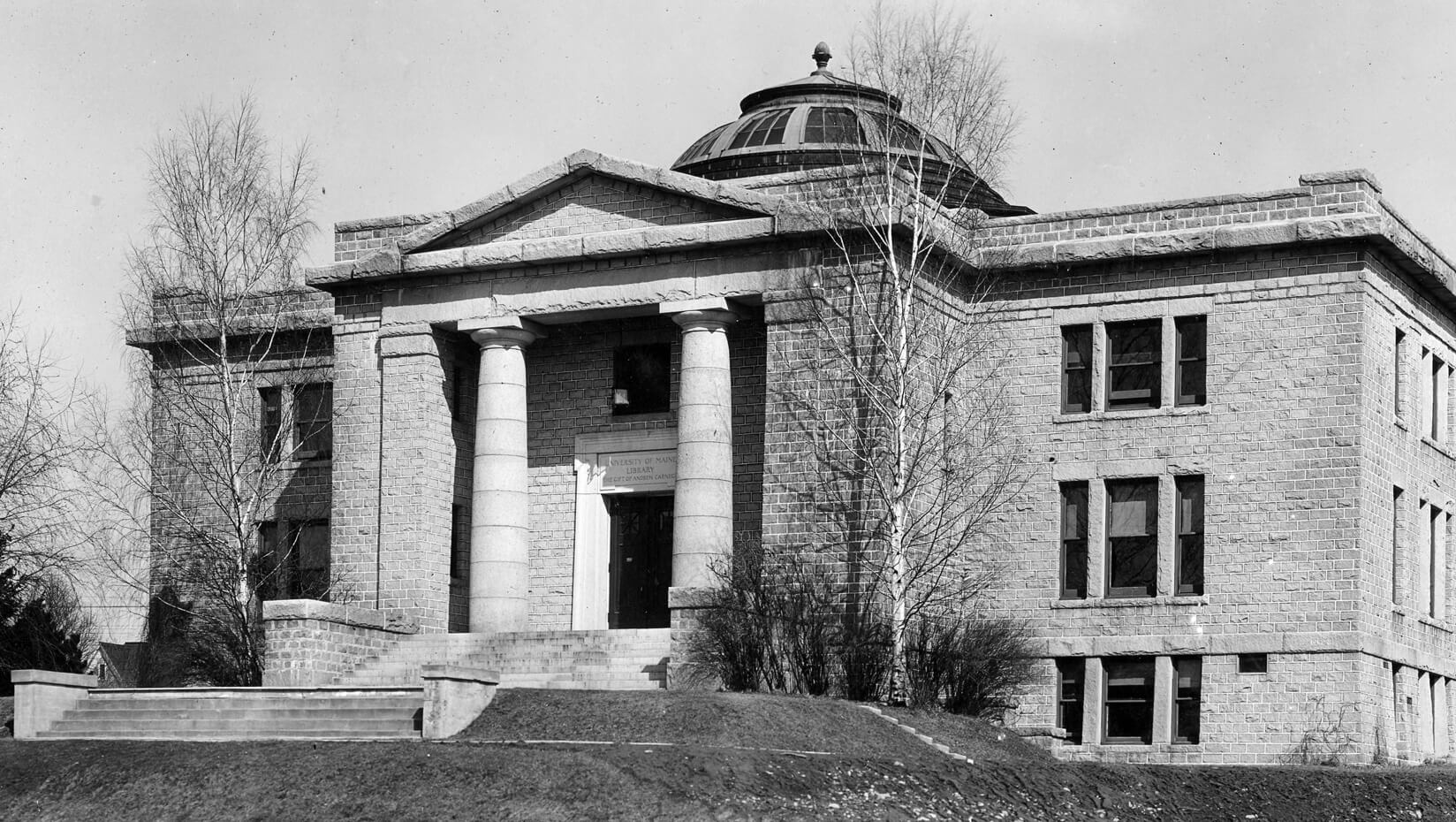 Carnegie Hall was constructed in 1906 as a library for the university. Built of Hallowell granite in the classical revival style and sited on a hill overlooking the Stillwater River, the library was an impressive addition to campus. Carnegie Hall was simply called “The Library” for a decade or so after it was built. It was named “Carnegie Hall” because industrialist Andrew Carnegie’s $50,000 gift funded its construction. Carnegie funded more than 1,500 libraries for small towns across the United States from 1886 to 1919. The University of Maine’s library is one of a handful of so-called Carnegie libraries on college campuses. Brainerd and Leeds, an architectural firm from Boston, designed the structure.

Contemporary accounts of its interior note the impressive rotunda, flooded with natural light from the copper and glass dome, and the fact the entire interior was finished in Flemish oak. The stack room, which could hold 73,000 volumes, was comprised of iron stacks with glass floors. Aside from its function as a library, the new building provided space for cultural activities. The university’s art guild displayed members’ work in the upper gallery, student clubs gathered in meeting rooms and public presentations were held in the lecture hall.

Unfortunately, some of the building’s most significant architectural features were removed in the mid-20th century when it was retrofitted for other purposes. After Fogler Library was built in 1947, the stack room of Carnegie was renovated for the Music and Art departments, obscuring the iron and glass stacks. Twenty years later, the interior of the main building block was gutted to create studio and exhibit space for the Art Department. In the process, the rotunda was filled in, much of the Flemish oak was removed or painted, and the dome was removed and replaced with a new flat roof.