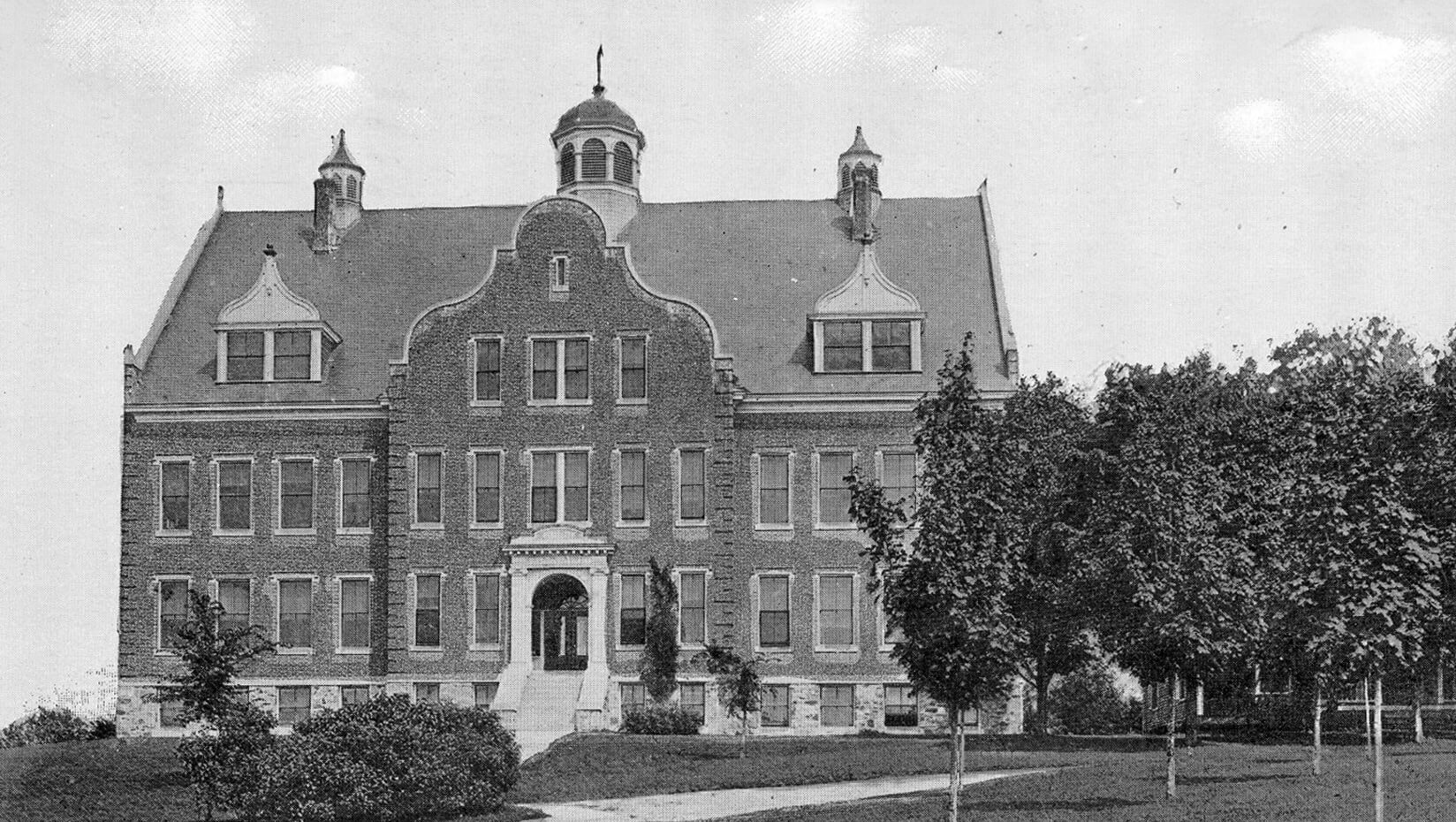 Winslow Hall, completed in 1909, was dedicated as the “Hall of Agriculture,” then was renamed Winslow Hall for Edward Brackett Winslow, president of the Board of Trustees at the University of Maine from 1908 to 1911. William Hart Taylor of Boston designed the building.

Winslow Hall provided administrative space for departments that formed the College of Agriculture and had classrooms and laboratories for agriculture courses. Bronze plaques honoring promoters of Maine agriculture in the 19th and early 20th century line the stairwells.

The building continues in its original use, serving as home of the College of Natural Sciences, Forestry, and Agriculture.