MSIS Four Plus One Program

Conditional Acceptance while an Undergraduate Student

By taking a course overload of three credits in the second semester of the Junior year and a course overload of three credits in each of the semesters of the Senior year (or alternatively three graduate courses in the senior year), a motivated student typically may acquire 9 credits (but typically no more than 12) for graduate school (at undergraduate tuition rates) prior to acquiring their undergraduate degree assuming that they receive a B or better in all of the courses. At least five core courses in the program are available by distance offerings each year.

All of these distance courses are taught by professors with geospatial specialties and thus examples are often drawn from this field. By taking a 3-credit Internship graduate course with a corporation, agency or non-profit organization during the summer, a student may readily complete the coursework master’s degree in a single year after their undergraduate degree.

To save course credit tuition dollars for the student, the Application for Admission to the Four Plus One Program is submitted to the SIE/MSIS Graduate Coordinator rather than to the graduate school. If a student is accepted and the performance criteria below are met, acceptance into the Four Plus One Program indicates a commitment by the SIE/MSIS faculty (1) to accept the student’s graduate courses completed while an undergraduate student within their graduate program of study and (2) to support the student’s application for formal admission to the graduate school after completion of the undergraduate degree.

To apply for admission to the Four Plus One Program before or during the junior year, an applicant should expect to have an overall minimum undergraduate grade point average of 3.25, must have completed the University of Maine General Education Requirement in Math and must have three letters of recommendation from current or previous university instructors.

Double Counting of Courses: Provisionally admitted Four Plus One students with an undergraduate grade point average of 3.25 or better may take up to 9 credits of graduate-level courses toward the masters degree that may also count towards the bachelors degree (joint credits) but they must also be part of the Master’s Program of Study. For purposes of this policy, graduate-level courses means courses at the 500-599 level.

Exceptions to Graduate School Rules: The Graduate School Rules pertaining to Four Plus One Programs may be found in Section 3.3. Exceptions to these rules may be applied for by completing the form for Request for an Exception to Regulation (https://umaine.edu/graduate/ > Faculty & Staff > Request for an Exception to Regulation (right column menu)). Exceptions granted in the past have included: (a) allowing a student to count more graduate courses taken at the undergraduate tuition rate than the twelve normally allowed for a 4+1 student prior to formal entry into graduate school, (b) allowing a student with a 3.25 GPA to double count 9 graduate credits in the undergrad program since their GPA in the major was well above 3.5, and (c) allowing a student who entered as a Four Plus One Student to convert to a thesis program (i.e. Four Plus Two Program) in order to accept a funded graduate assistantship.

Note: If the Four Plus One student takes the GRE exam and submits the scores in the initial application process before or during the junior year, the faculty may admit the student to the graduate school as of a specific future semester. This will often allow the student to take courses requiring a formal prerequisite of “graduate standing.”

Students with two or fewer semesters remaining to complete their undergraduate degree program do not qualify for the “four-plus-one program.” Rather, the student should submit an application through the regular SIE or MSIS graduate admissions process. In this case, the student may still take and transfer up to two graduate courses prior to formal admission and perhaps more in specific circumstances if approved by the faculty and Graduate School. 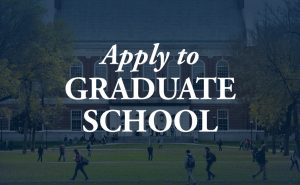