Since 1989, nearly 4,500 students have begun their studies at the University of Maine in Explorations. In the early years, there had only been approximately 100 new students enrolled in the program annually. Most recently, tremendous interest has resulted in nearly 250 students enter during the academic year.

Through a special first-year seminar and close contact with advisors, students in Explorations engage in structured activities that enable them to make informed choices for a major or potential career. By the end of the first year, students generally feel more confident in identifying an academic program, which suits their abilities and intellectual or career interests. At the time of declaration of major or transfer to a college, students must meet the eligibility requirements (e.g., GPA) of the particular major or college of interest.

Students are assigned an advisor and placed into an FYE100 first-year seminar course as Undecided. 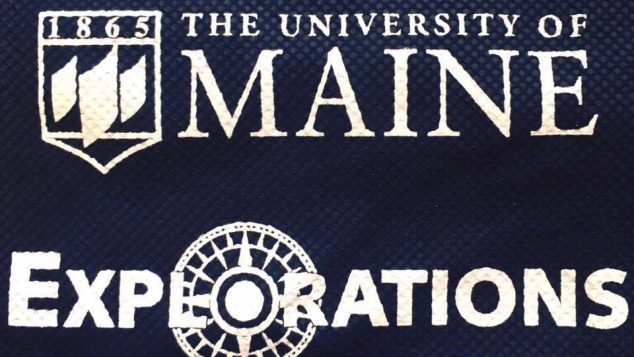 During the first semester or year, students may have several areas of academic interest and value the given time to more thoroughly explore the academic opportunities at UMaine.  Students assess their abilities, interests, and goals while investigating the University’s various degree programs and numerous resources.  Under the guidance of their advisors, students in Explorations select courses to investigate areas of interest while also fulfilling the University’s General Education requirements. 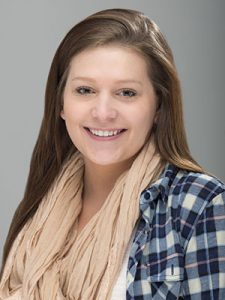 , class of 2019, from Topsham, Maine, is majoring in
electrical engineering technology.
She’s planning to declare a minor in engineering entrepreneurial.

When you were applying to college, did you have a major in mind? I didn’t have an exact major; I had engineering in mind. My dad is an engineer and so is my brother.

Did they go to UMaine? My dad graduated in 1986 with an EET degree. My brother went to Johnson & Wales. I knew I wanted engineering but I wasn’t 100 percent sure which kind. I really wanted to do chemical, but then I took a chemistry class my first semester, and I wasn’t really into that. So, I looked into it with the Explorations program. They did a lot. I took Introduction to General Engineering, and they went over all the engineering courses. Electrical seemed really interesting. I like hands-on, and technology is definitely more hands-on. In my circuits class, we have to deal with real resistors rather than simulations. We don’t have finals; we have to create projects.

What was the most helpful session or exercise in Explorations? The first year seminar, with Bill Osmer. We met once a week. He would ask all of the students in class how their week was, and if they had found any ideas or “sparks” with certain majors. We’d have group discussions and other students would bring up certain majors that I didn’t even know existed. It really helps you open up your mind. We’d have one-on-ones with Bill, and he’d really make you think about whether or not something was a realistic major. I like business. I felt like I could incorporate business with something. So he said, “Why not engineering and business?” So I chose my minor, engineering entrepreneurial.

Bill helped a lot. Any time you needed something you could email him and he was always open to meeting with you. In class, when we’d get off topic, he’d say, “Incorporate these off-topic things that you’re talking about into the major you want.” So my friend and I would talk about physics we took in high school, and he would connect it to engineering.

We had one workshop where we took a career test online. It brought up certain majors we didn’t really think we’d be interested in, and that helped. We had to write papers where we had to research certain jobs and if we’d like to do that.

What on-campus extracurricular activities are you involved in? I’m joining SWE, the Society of Women Engineers. I have gone to most of the campus career fairs. Because of my workload, it is difficult to do much. I am behind, because of my semester in Explorations, so I have to take 17–18 credits a semester rather than just 15, so I don’t have much time. EET only offers certain classes in certain semesters. It’s difficult but not at all discouraging. I know that I’m going to eventually get there.

What advice do you have for incoming students? If you do not know your major, or definitely what you want to do, I’d say go into Explorations, because it’s better to go not knowing that go into something for three years and then realize, “Why did I do this?”

Among your peers, is this something you see a lot, in those that didn’t take part in Explorations? Yes, a lot with my roommates. One of them is a nurse, and a junior, and now she’s not sure that she wants to be in nursing. My other roommate is in mechanical engineering, and she wishes she had done mechanical engineering technology. Another is going to have to go to school for six years because two years into her English major, she switched to agriculture. So, I definitely see it a lot. I’m only a semester behind, but I’m much happier, because I’m not three years into the wrong thing. If I had gone just into chemical engineering like I thought I wanted, I would have been a lot unhappier. Explorations definitely saved me a lot of time.

Is this something you’d have been interested in at all if your dad hadn’t been an engineer? I’m not sure. He definitely was a really big influence on me, because I see how happy and successful he is. I don’t know. Maybe because my brother is an engineer too, and my uncle on my dad’s side. I probably wouldn’t have done electrical because I wouldn’t have realized that’s the fun one.

Can you think of anything you would like to see the Explorations program do more of? I think more career tests, being able to talk to professors or asking students from certain majors to talk about it, to give you a good idea of what the major is like. I knew I liked hands-on but it would have been nice to hear from an actual EET student.

What do you envision for yourself, for your future, as of now? I know I want to travel. I’d love to be able to take my engineering and go elsewhere with it, and that’s why I’m doing a business minor. I could do a lot with that combination. My dad has his own business in electrical engineering, and I think it’d be cool to someday try and take it over. I’m going to go with the flow and see where it takes me.