Students majoring in a Modern Language are encouraged to spend a summer, a semester, or an academic year in an approved program of study at a foreign university as a part of their program. Up to 36 credits may be earned through these programs, pending prior consent of the student’s academic advisor, department chair, and dean. 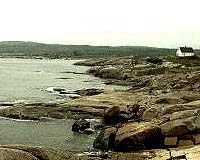 The Department of Modern Languages and Classics, in collaboration with the Canadian-American Center, arranges for UMaine students to spend a year or a semester at a Canadian university, including the country’s French-speaking universities. In recent years, UMaine students have studied at Université Laval (Quebec) and University Sainte-Anne (Nova Scotia). For more information, contact Betsy Arntzen at: Betsy.Arntzen@umit.maine.edu or visit the Canadian-American Center at 154 College Avenue, Orono, Maine.

A total immersion program in French in Quebec is offered during May Term, FRE 397/498, 3 credits. This two-week immersion in French allows students to move toward greater fluency in their language skills by asking them to take an active role in determining group work and program activities. Through these activities and excursions planned by the program director and staff, students also gain a greater awareness and understanding of Québécois history and culture.

This is a 14-day total immersion program in French equivalent to three academic weeks and worth three academic credits. The goals of the course are to encourage students to use French actively as a natural part of daily life and to develop heightened appreciation for French culture, society and history.