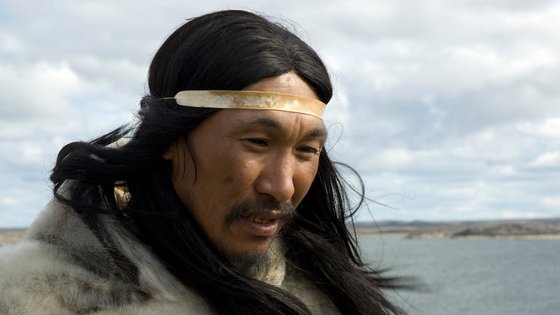 Greg Quill’s review of Before Tomorrow from The Star:

“A disturbing and powerful metaphor for the doom visited on the Inuit after their insulated world was penetrated by Europeans in the mid-1800s, Before Tomorrow, co-directed by native filmmakers and writers Marie-Hélène Cousineau and Madeline Ivalu, imagines a moment in which these once hardy people, ill-equipped to survive in the new order, face the awful inevitability of extinction.”

The McGillicuddy Humanities Center Film Series will feature a collection of six films throughout the academic year related to “The Cinema of Colonization and Decolonization.” The global films in the series, from France, Africa, Canada, Argentina and the United States, feature a variety of filming styles, including documentary, ethnographic, and outsider films alongside studio productions. The film selections examine colonialism, racism and post-colonial identity, as well as decolonization of the film industry itself.

All films will be shown in the Hill Auditorium in Barrows Hall at 6PM on the following Mondays. Spring films and dates announced soon: 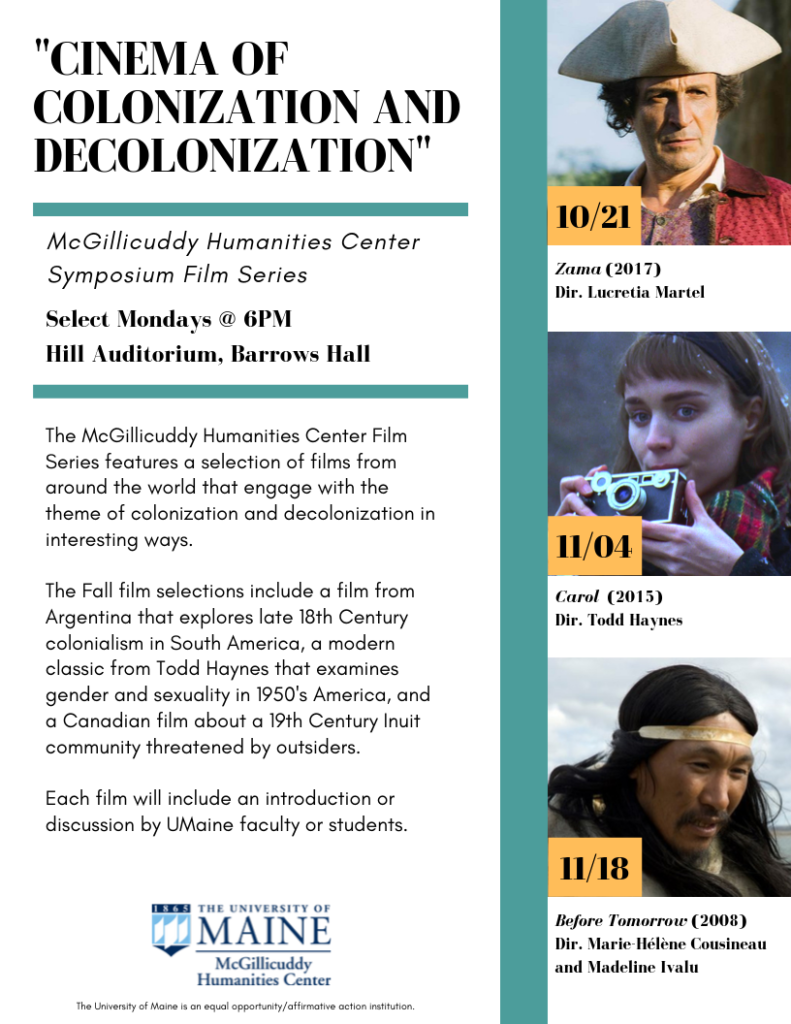