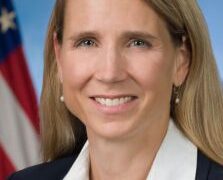 Some of our best engineers!

May 2012, graduation weekend, was complicated for Katy Grime.  She received her degree on Saturday, then competed on Sunday in the America East 2012 Outdoor Track and Field Championship on campus. Grime ranks second on the all-time record list for her 133’3” discus throw in 2011. Yet, such a scenario was not all that uncommon for the UMaine alum who balanced both a successful academic career in a challenging major alongside a successful athletic career.

Of the seven engineering schools to which Katy Grime was accepted, the University of Maine held the strongest attraction. The spacious campus and proximity to surrounding small towns felt reassuringly familiar to the native of Brownington, VT.

In addition, she had been in touch with the UMaine women’s track coach and been assured that her interest in athletics — her discus performance came close to breaking the record at North Country Union High School — would be supported.

At UMaine, Grime was drawn to transportation and structural disciplines in civil engineering, in keeping with her longstanding interest in bridge design. Although the program is demanding and time consuming, she took advantage of every opportunity to broaden her academic experience and her network of professional contacts.

As a freshman, Grime joined the UMaine chapter of the American Society of Civil Engineers (ASCE). She also participated in two summer internships in Maine — one with Olver Associates in Winterport, which specializes in environmental engineering, another with CES in Brewer, which specializes in site design.  She attended multiple job fairs and industry conferences.

In addition, Grime participated for a year in the UMaine chapter of the Society of Women Engineers, worked as a lab assistant on a groundwater research project, and assisted in the construction phase of the Cloke Plaza on campus.  For her senior capstone project, Grime was a member of a team that created a redesign of University Park, UMaine’s off-campus residential community for families. The redesign includes new apartment groupings, as well as critical infrastructure, such as roads and utilities.

The group won the Best Project Presentation award at the annual Senior Gala, sponsored by the Maine section of the ASCE.  After graduation in May 2012, Grime jumped in to her field.  She landed a position working in the Bedford, N.H., office of Vanasse Hangen Brustlin Inc., which provides integrated planning, transportation, land development and environmental consulting services for airports, schools, government agencies, healthcare and other sectors.