Pankaj Agrrawal, Ph.D., joined the University of Maine Business School in 2005 with over nine years of executive experience in quantitative research and portfolio management in the investment management industry. Previously he was portfolio manager and director of research at leading global asset management firms based in San Francisco, Boston, London, and Philadelphia. Over that time he also designed and taught doctoral/graduate finance courses at Golden Gate University, Harvard (Ext.), and Drexel University.

Dr. Agrrawal has had more than 25 papers at refereed conferences and has published 17 papers (peer-reviewed), including one in the Financial Analysts Journal and PLoS One as well as two in the Journal of Behavioral Finance and the Journal of Investing. He has been quoted by the Wall Street Journal on July 9, 2011 for his research on an algorithmic misspecification afflicting most web charts. His research was also featured in the New York Times in January 2019. His research has been cited in Jama Psy., Mathematical Finance, Physica A, Quantitative Finance, Financial Analysts Journal, Journal of Portfolio Management among others.

In 2012, he developed and released the ReturnFinder ( Total Returns Stocks Dividends) App  via Apple’s App store. The app, which has been downloaded in more than 30 countries, rectifies the performance ranking problem and provides Total Return charts on over 20,000 stocks, ETFs, and indexes globally. His research has also been referenced on the Frankfurt-DAX stock exchange website. His biographical profile is included in Marquis Who’s Who in Finance and Industry. In 2006 he was elected to the membership of the CQA (Chicago Quantitative Alliance). He is an active reviewer of many peer-reviewed journals including the European Journal of Finance.

In 2013, he was listed on Yahoo! Finance in an article by ETFdb.com on “17 ETF Friendly Professors”  and referenced in this University of Maine press release.  Among those also on the list are Nobel Prize winner William Sharpe of Stanford University, Yale University’s Robert Shiller, Andrew Lo of the Massachusetts Institute of Technology, Jeremy Siegel of the Wharton School, and finance faculty from other leading universities. The University of Maine press release on his PLoS One paper (2017) linking market sentiment to human sentiment and subsequent suicides can be seen here.

Dr. Agrrawal values mentoring his undergraduate and graduate students and strives to inspire them with the workings of the capital markets and its computational aspects. He enjoys tennis, cricket, fitness, photography, and being with his family.

A central theme of Dr. Agrrawal’s research is developing multi-constraint optimized long-short market-neutral hedged portfolios using ETF’s as primary assets and harvesting financial information on the web. Other research interests include the role of cognitive biases and heuristics in the decision making process as applied to the capital markets, stable covariance and correlation matrices on ETFs, and devising alpha-return techniques that utilize portfolio risk exposures to drive returns.

Portfolio Optimization, Risk Management, Beta Neutral Hedging, Sentiment Estimation, Timeseries analysis, Liquidity modeling, and Risk Parity portfolio strategies are some of his other active interests. Some of this research can be seen on his website at CorrectCharts.com.

Since 2004, he has been tracking a multi-asset class ETF portfolio (long-short and long only) that he discusses with his undergrad and MBA students. It continues to outperform the broad market equity and bond indices on both the dimensions in the risk-return space. It was included as a research chapter in the book “The Most Important Concepts in Finance” published in 2017. A proponent of Multi-asset investing using the 1/n approach, he uses the MV optimization approach to identify optimal allocations.

“Is the ‘Sell in May and Go Away’ Adage the Result of an Election-year Effect?” Doug Waggle* and Agrrawal, Pankaj, Managerial Finance, Vol. 44, Fall 2018.

“What is Wrong with this Picture? A Problem with Comparative Return Plots on Finance Websites and a Bias against Income Generating Assets”, Pankaj Agrrawal * and Richard Borgman, Journal of Behavioral Finance, Vol. 11(4), Winter 2010.

Research quoted in the print edition of the New York Times, “Real Estate Funds Have Been a Balm in a Stinging Market,” by Tim Gray, Jan 11-13, 2019.

Research paper listed on the US Library of Medicine / National Institute of Health, PubMed site via PMID: 29095894 , 2017

“Total Returns Stocks Dividends iApp and the CorrectCharts iApp”, released on Apple’s App store, under Cloud Epsilon LLC, of which I am the founder. July 2012. The Apps have been downloaded in over 30 countries. Copyright received from the Library of Congress, Reg. No. TXu 1-838-163, Aug, 2012.

Research quoted in the global print edition of the Wall Street Journal, “Why We Can’t Tell if the Market Is Half Empty or Half Full,” by Jason Zweig, July 9, 2011.

Three papers on the ‘most read’ lists of the published journals.

Media / TV: Appeared on local ABC/FOX TV and newspapers such as the Bangor Daily News and the Wall Street Journal. Some links here. 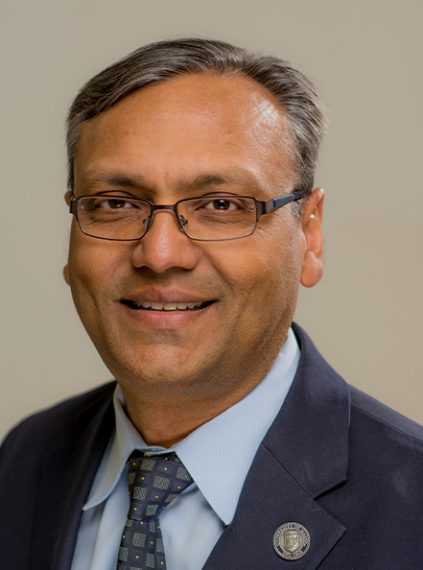