Darren Ranco is a faculty member with the University of Maine’s Department of Anthropology, as well as the Chair of Native American Programs and Coordinator of Native American Research. His research focuses on the ways in which indigenous communities in the United States resist environmental destruction by using indigenous diplomacies and critiques of liberalism to protect cultural resources, and how state knowledge systems continue to expose indigenous peoples to an inordinate amount of environmental risk. Ranco is a member of the Penobscot Nation, and is particularly interested in how better research relationships can be made between universities, Native and non-Native researchers, and indigenous communities.

Ranco’s SSI project (Mobilizing to Fight an Invasive Insect) was the first such project in the nation to bring together diverse groups to try to prevent, curb, and respond to a potential emerald ash borer (EAB) invasion. Other related projects have followed, and collaborators include members of the Maine Indian Basketmakers Alliance, tribes, university researchers, state and federal foresters, and others. Ranco’s team seeks to develop a proactive, coordinated response on a statewide level in order to save culturally and artistically essential brown ash tree resources from the invasive EAB. Part of this response involves mapping Maine’s ash tree populations, learning how to identify a borer attack, educating the public, and establishing a seed bank should the beetle strike. The team’s findings are leading to new strategies for protecting Maine’s three species of ash trees, informing public policy, and establishing effective methods to bring together diverse groups to address threats from invasive species.

Darren Ranco and Dean Suagee, “Tribal Sovereignty and the Problem of Difference in Environmental Regulation: Observations on ‘Measured Separatism’ in Indian Country,” Antipode 39, no. 4 (2007): 691-707.

Darren J. Ranco. “The Indian Ecologist and the Politics of Representation: Critiquing the Ecological Indian in the Age of Ecocide,” in Native Americans and the Environment: Perspectives on the Ecological Indian, eds. Michael Harkin and David Rich Lewis (Lincoln, NB: University of Nebraska Press, 2007), 32–51. 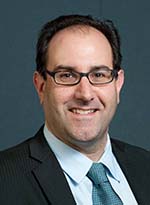