June 6, 2017 Physicians and other medical providers at Eastern Maine Medical Center recently awarded scholarships to three University of Maine students this who aspire to enter health professions in Maine after graduation. “It is a privilege for the medical staff at Eastern Maine Medical Center to award scholarships to deserving students at the University […] 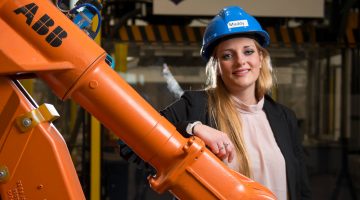 April 25, 2017 Editor’s note: An updated version of this story appears in the College of Engineering’s winter 2017 magazine. Madeline Wehrle was interested in medicine from an early age. After being introduced to isometric drawing and computer-aided design, or CAD, modeling in high school, she also became interested in bioengineering. “It was more of […]