For the past thirteen years, my laboratory has been interested in the response of aquatic organisms to environmental stress. We have focused our efforts on understanding the molecular mechanisms that these animals use in their response and how this compares to those in higher animals, including humans. By understanding the differences and similarities in how phylogenetically diverse organisms respond to environmental exposure, we may be better able to assess the risks to environmental and human health. Research in my laboratory is directed along three related lines of investigation: (1) the investigation of molecular events in tumorigenesis in a small aquarium fish, the Japanese medaka (Oryzias latipes) exposed to known mammalian carcinogens; (2) the analysis of tumors of the reproductive system in the soft-shell clam, Mya arenaria and (3) the biological effects of dioxin exposure in aquatic organisms exposed to pulp mill effluents and pesticides. In all of these studies, we are using aquatic models to study molecular mechanisms of environmentally-induced toxicity/carcinogenicity and the complex interactions of the genetic and environmental factors involved. Medaka Studies – The development of aquatic models for studies in molecular carcinogenesis and toxicology has focused primarily on the teleosts, the largest and most diverse class of vertebrates, with over 21,000 described species. Their phylogenetic position relative to other vertebrates makes them ideal for comparative carcinogenesis studies. One of the best developed laboratory models is the Japanese medaka (Oryzias latipes). The medaka has been used for carcinogenicity testing for well over two decades and offers numerous advantages over rodent models: they are highly sensitive to a variety of chemicals, tumors may be induced within a short period of time and their small size allows exposure of large, statistically relevant numbers of animals at considerably less expense than rodent studies. Induction of tumors has been reported in nearly every organ by agents known to be carcinogenic to humans. In addition to these advantages, the medaka model offers a unique system with which to specifically address the affects of aquatic toxicants which are being discovered at an alarming rate in the natural environment. In spite of the vast amount of background material available on carcinogenicity testing in the medaka, relatively few studies have addressed the molecular basis of tumorigenesis in this fish model. It has been well established that tumor development is a multistage process of initiation, promotion and progression which results in the deregulation of normal cell cycle regulatory processes. Cellular oncogenes and tumor suppressor genes play key roles. We are addressing the role of these genes in the development of tumors in medaka exposed to known carcinogens: diethylnitrosamine (DEN), methylazoxymethanol acetate (MAMAc), N-methyl-N’-nitro-N-nitrosoguanidine (MNNG) and methylene chloride. The importance of this study lies in the integration of a molecular approaches with classic studies of the effects of toxicants on environmental health. The use of fish models promises to provide important contributions to the field of cancer research.

There has been a significant increase both in the numbers and types of tumors found in finfish and shellfish during the past two decades. The number of documented sites containing tumor-bearing animals has also increased substantially. In many cases, the increase in tumor incidence can be correlated with increases in aquatic toxicant levels. Two particular classes of tumors, gonadal cancer in filter-feeding bivalve mollusks and epidermal cancer in benthic fish, have been associated with herbicide use in Maine and Florida, although the etiologies of these tumors have not yet been determined. Epidemiological investigations of germ cell tumors in Maine soft shell clams (Mya arenaria) demonstrate the prevalence of gonadal cancers as high as 40%. In Maine, three sites were studied where M. arenaria had high incidence of gonadal cancer (20-40%). Significant amounts of herbicides used in silviculture and agriculture had been released in the watersheds of these estuarine areas. In areas where herbicides had not been used, the incidence of clam gonadal neoplasms was insignificant. Other than herbicide contamination, these areas are not significantly affected by anthropogenic activity. The predominant herbicides used in the contaminated areas were the phenoxyacetic acid derivatives, dichlorophenoxyacetic acid (2,4-D) and trichlorphenoxyacetic acid (2,4,5-T). 2,4,5-T has been banned in the US since 1979, however, 2,4-D is still widely used. These herbicides themselves are of relatively low toxicity in rodent assays However, a common contaminant by product of 2,4,5-T – 2,3,7,8-tetrachlorodibenzo-p-dioxin (TCDD) – is a very potent carcinogen in laboratory animals. Exposure to these same herbicides as the components of “Agent Orange”, has been linked to testicular cancer in dogs exposed in Vietnam. The impact of Agent Orange exposure to animals and military personal serving in Viet Nam remain controversial. The objective of our study is to investigate the molecular mechanism of tumor induction. Specifically, we are determining the mechanism of action of dioxin and related compounds. We have recently cloned the clam homologue of the dioxin receptor complex (Ah receptor; AHR; Butler et al., in review). We do not yet know whether these proteins function as Ah receptors in the invertebrates or whether they play some other role in dioxin-induced toxicity. We have also undertaken a broad search for the differential expression of genes in normal vs tumor bearing (or dioxin-exposed) animals (Rhodes and Van Beneden, 1996). We have determined that the clam E3 gene (a ubiquitinating protein ligase, which targets other proteins for degradation) is up-regulated in tumor-bearing clams. Furthermore, expression of the p53 tumor suppressor gene (a known E3 target in vertebrates) is down regulated in the same animals, suggesting a loss of the anti-proliferative effect of p53.

New projects which are currently being developed include investigation of dioxin toxicity in fish in the Penobscot River and its affect on the health of the subsistence fishermen and other members of the Penobscot Nation. Field studies conducted by the State of Maine Department of Environmental Protection (DEP) indicate that there is significant contamination by dioxin, PCBs, chlorophenols and heavy metals of the rivers and the estuaries in the state of Maine. The problem of aquatic contaminants is particularly acute downstream of the pulp mills, one of the major industries in the state. There are seven pulp mills in the state of Maine, all of which until recently used the bleached kraft method. Two mills are located on the Penobscot River, one north of the University of Maine campus at Lincoln and the second at nearby Old Town. As a byproduct of the chlorine bleaching process, they release significant levels of halogenated aromatic hydrocarbons (HAH) into the water. Included in this class of compounds are the dioxins. TCDD (2,3,7,8-tetrachlorodibenzo-p-dioxin) is the most toxic and notorious member of the dioxins which include over a hundred different congeners of chlorinated dioxins, chlorinated dibenzofurans and halogenated biphenyls. Significant levels of dioxin have been detected in finfish, shellfish and crustacea in the waters below the two mills. Fishing has been closed south of the Old Town mill and warnings have been issued against eating lobster tomalley. The presence of dioxins in fish and shellfish has a potentially significant negative impact on the seafood industry of Maine. It may affect both the health of the aquatic organisms that live in the waters and humans who consume the contaminated seafood. We have investigated levels of vitellogenin expression and activation of dioxin responsive genes. Body burden of dioxin and dioxin-like compounds [dioxin toxicity equivalents (TEQs)] and compounds with estrogenic activity will be correlated with histopathological data. Our most recent project is a collaborative investigation with Dr. Terry Haines of the possible role that pesticides play in the decline of the Maine Atlantic salmon population. It has been hypothesized that exposure to agrochemicals may affect the endocrine systems of fish in the adjacent watersheds. We are specifically interested in the process of smoltification, the physiological and biochemical changes necessary for the freshwater salmon to migrate to salt water. 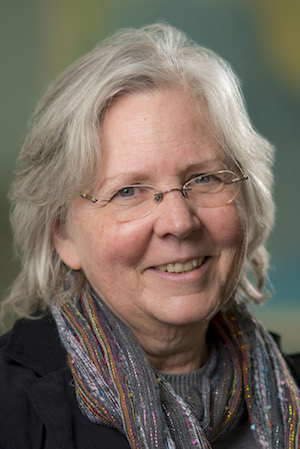