I recently retired in August 2014 and I’m no longer mentoring graduate students or post-docs.  My research focuses on ultraviolet photobiology and oxidative stress in marine invertebrates, particularly those that harbor photosynthetic endosymbionts. Primary defenses against UV per se include mycosporine-like amino acids, compounds having absorption maxima ranging from 310 to 360 nm, much of the range of biologically-damaging solar UV-B and UV-A. Most of the research on these compounds in marine organisms has centered on algae or on zooxanthellate invertebrates; animals are not known to be able to produce the compounds, which are synthesized via the shikimic acid pathway that is absent from animals, so the assumption has been that invertebrate hosts receive MAAs as one benefit of the symbiosis. Nevertheless, non- symbiotic animals also contain the compounds, and we have evidence of dietary sources of MAAs in diverse species. However, a bioinformatics analysis of the genome of the sea anemone Nematostella vectenis shows that genes encoding enzymes of the shikimic acid pathway have been transferred to the sea anemone’s genome from prokaryotic and eukaryotic (dinoflagellate) microbes. Additional genes encoding some enzymes of the pathway are present in a putative, undescribed bacterial symbiont of this sea anemone. Biosynthesis of MAAs in cnidarian-microbial symbioses may be a “shared metabolic adaptation.” We have also shown that sea urchin eggs rich in MAAs (a consequence of feeding the adults a controlled diet high in MAAs) show less of a UV-induced cleavage delay, and fewer developmental abnormalities, than do eggs having lower levels of MAAs. Some of the deleterious effects of solar ultraviolet radiation are mediated by forms of active oxygen, and these may be contributing factors to “coral bleaching”. Our spin-trapping studies have demonstrated the production of oxyradicals in tissues of sea anemones and in sea urchin eggs during irradiation with UV. Thus, exposure to UV secondarily necessitates defenses against oxyradicals. We have studied enzymic antioxidant defenses such as superoxide dismutase, catalase, and ascorbate peroxidase, and currently are investigating these metalloenzymes in the context of trace-metal limitation and coral bleaching. Our experimental organisms have included sea anemones and corals, bivalve molluscs (including those having chemolithotrophic bacterial symbionts), echinoid and holothuroid echinoderms (including larvae), and marine macroalgae. I maintain collaborations on UV-induced photooxidative stress with scientists at the Australian Institute of Marine Science, the Centre Scientifique de Monaco, Kings College London, Western Ontario University, and the University of Nice. Currently I do not have positions available in my laboratory for graduate students or post-doctoral associates. 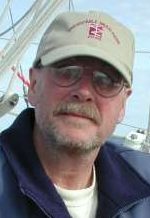 Professor Emeritus of Zoology and Oceanography