My research interests, and to a large extent that of my colleagues in marine policy, can be very simply stated: “How do we build a social environment in which marine resources, especially fisheries, can be sustained?” I’ve found that the answers to that question are anything but simple and are likely to come only through an integration of the social and natural sciences and a thorough understanding of the human environment, i.e., the real people involved. As a result my own work has tended to become strongly interdisciplinary incorporating resource economics, fisheries ecology, anthropology and, lately, political science. An on-going involvement with fishermen and their associations is a deliberate part of this broad research plan.

The thrust of this work can be best explained from a historical perspective. Economists usually approach the ‘fishery problem’ using a very simple biology designed to illustrate the problems that arise when there are no property rights attached to renewable resources. That was my first introduction to fisheries. I had a second introduction that came from fishermen – lobstermen, herring seiners, groundfish draggers, scallopers and others. A third introduction came from biologist colleagues. Unless one wants to be deliberately deaf, dumb and blind in the name of theory, it is hard to walk away from the information provided by fishermen and biologists and not be profoundly skeptical of the simple biological conceptions that tend to characterize fisheries economics and management.

The more I saw the more skeptical I became – not of economics, per se, but of the way economics chose to characterize the fisheries environment – it wasn’t all wrong but it certainly didn’t hit the nail on the head. At first the problem seemed to be over-simplification, but later I came to realize that problem was the fundamental reliance on the presumed existence of a predictable biological (and human) system (oversimplification of a limited kind). By predictable what I mean in this context is the idea that we can know the results of our interventions in this kind of complex system. For example, fisheries managers usually feel that less catch today will lead to higher catches (on average) in the future. But I’ve seen little or no evidence that we know how a species or part of the system will respond to our actions (except in extreme cases such as no fish versus some fish).

The intellectual problem this kind of skepticism poses is “how can we or should we manage our fisheries resources when we can’t predict the results of our own interventions?” The problem is not simply a lack of knowledge of the variability of the components in the system (whose solution can be approached with normal statistical investigative procedures), it is the more difficult problem of not knowing the dynamics of the system – either because we don’t understand the underlying ‘model’ or because the system is chaotic.

The strong implication is that the problem does not have a technical solution; but this does not mean it has no solution. The solution, I believe, lies in governance – that is, rather than managing resources we have to start thinking about how we govern our own behavior with regard to those resources.

Here in Maine we have started down the road of working out practical fisheries governance systems. We’ve started with the lobster fishery which has been divided into seven zones; each zone has a council elected by licensed fishermen from that zone. Each zone has control over rules whose primary impact is at the local level – internalizing costs and benefits in the jargon of economics. At the State-wide level there is a council of councils that has control of rules whose impacts extend beyond a single zone. The point of this governance system is to allow us to address ecological and human events at multiple scales and to do that in a way that builds stewardship incentives in individual fishermen and communities. As we gain experience in the lobster fishery the intention is to extend this system or modifications of it, to the rest of the State’s fisheries. Down the road, perhaps not too far, is the adaptation of this approach to other environmental problems such as watershed and coastal zone management. 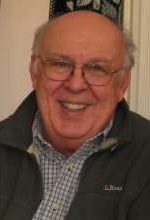