Address:
University of Maine
Department of Molecular and Biomedical Sciences
Orono, ME  04469

Cystic fibrosis (CF) is a complex, multi-system, autosomal recessive genetic disorder that affects approximately 30,000 children and adults in the United States and is caused by a mutation in the cystic fibrosis transmembrane conductance regulator (CFTR) chloride channel gene.  To date, over 1500 genetic mutations in the CFTR gene have been identified, but the most prevalent involves the deletion of three nucleotides encoding a phenyalanine at amino acid residue 508 (the so-called ΔF508 mutation).  Mutations in CFTR lead to issues in protein folding, gating, and/or stability.  In the absence of functional CFTR protein, fluid homeostasis is disrupted, causing the accumulation of mucus in affected organs including the lungs, pancreas, liver, and intestine.  Eighty percent of CF patients eventually develop chronic infections with Pseudomonas aeruginosa, giving rise to chronic inflammation of lung tissue, and ultimately leading to serious complications and death.

Recently, we described a powerful link among cftr, P. aeruginosa, and innate immunity using the zebrafish model system to study this human disease.  To date, numerous animal models have been developed to study various aspects of CF; however, it is clear that no perfect animal model exist to study each of its disease manifestations.  The zebrafish CF model is particularly useful in understanding the linkage between the cftr gene and innate immunity.  We have previously shown that the loss of Cftr function leads to a compromised ability to clear a systemic infection by P. aeruginosa.  These effects were attributable to a diminished capacity to mount a respiratory burst response and to a diminished neutrophil migration response.

There is a growing interest in establishing CFTR gene/environment linkages.  Using our zebrafish model for human CF, we have recently shown that cftr and arsenic each mediate aspects of innate immunity.  In our current studies, we are establishing linkages that show how arsenic affects the innate immune response through Cftr function.  To accomplish this objective, we are deep sequencing the transcriptomes (RNA-seq and small RNA-seq) of zebrafish displaying a CF phenotype, exposed to arsenic at environmentally relevant doses (2 ppb and 10 ppb), and infected by P. aeruginosa.  From these data, we are generating gene lists that will identify potential target pathways affected by cftr function, arsenic exposure, and/or P. aeruginosa infection.   Our findings will enable us to characterize potential synergistic and antagonist interactions between the highly-conserved zebrafish cftr gene and the environmental toxicant arsenic, particularly in the context of a systemic infection with P. aeruginosa.  These data will enable us to identify critical pathways that will be targeted in subsequent experiments and subjected to further deep sequencing efforts.

Recent recognition of the intrinsic importance of the innate immune response, in addition to its regulatory role in subsequent adaptive immunity, suggests that this system plays a crucial role in protection against agents of infectious disease. An important goal of my research is to better understand the innate immune response that acts through the Toll signal transduction pathway. Evidence supports the existence of Toll receptors, described as “pattern recognition receptors,” which have the ability to detect a variety of indicators of infectious organisms, and which feed into a common activation pathway. Activation of either the invertebrate or vertebrate signaling pathway results in a cascade of events that leads to the synthesis of antimicrobial/antifungal peptides or cytokines. Through molecular dissection of this pathway in the zebrafish, a vertebrate with a less complex immune system than that of mammals, we have made significant progress toward the identification of factors that influence regulation of the innate immune response and in turn regulate the adaptive immune response. Ultimately, we hope to apply our understanding of the Toll signaling pathway to the development of methods for intervention that can be applied to mammals and a range of fish species.

Role of CFTR in modulating resistance to bacterial infection

The zebrafish model system is being used to understand the relationship between the cystic fibrosis transmembrane conductance regulator (CFTR), the chloride channel linked to cystic fibrosis (CF) disease, and Pseudomonas aeruginosa infection.  CF is a lethal genetic disease caused by recessive mutations in the CFTR gene and is associated with prevalent and chronic P. aeruginosa lung infections. Despite the numerous studies that have sought to discover the role of CFTR in the innate immune response, it remains unclear how this affects P. aeruginosa infection.   Differences between the current cell culture and mouse CF model systems may account for some of the discrepancies that persist.

Zebrafish CFTR morphant embryos can be infected with P. aeruginosa, and we have shown that morphants exhibited an enhanced respiratory burst response, yet bacterial burdens at 8 hours post infection were found to be significantly higher in CFTR morphants than in controls.  This was confirmed visually using red fluorescent protein-labeled P. aeruginosa in MPO:GFP and Fli1:GFP transgenic zebrafish.  The ability of phagocytes to clear the infection was monitored by fluorescence microscopy in live embryos.  In addition, the formation of bacterial biofilms was observed during thePseudomonas infection, potentially contributing to the inability of the host to clear infection.  These studies underscore the importance of the zebrafish as an effective model for the innate immune response to P. aeruginosa infection in CF disease.

Understanding spatial distribution and dynamics of receptors within unperturbed membranes is essential for elucidating their role in antiviral signaling.  Caveolae are cell membrane domains integral to numerous signaling pathways. We have recently shown a mechanism for virus evasion of host cell defenses through disruption of clusters of signaling molecules organized within caveolae.

FPALM enabled the first single-molecule imaging of interactions between interferon antiviral signaling receptors (IFN-R) and caveolae (right). Knockdown of Caveolin-1, the protein that is the main component of caveolae, caused IFN-R clusters to disperse. Dispersal of IFN-R clusters led to a suppressed antiviral immune response through abrogation of downstream signaling, a response strongly suggesting that IFN-R organization within caveolae is critical for IFN-mediated antiviral defense.

Further studies are underway to investigate, at the single molecule level, the role of Caveolin-1 in the Toll-like Receptor pathway upstream from IFN-R. We are currently testing the hypothesis that caveolae also play a role in facilitating TLR9 signaling. 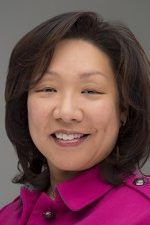