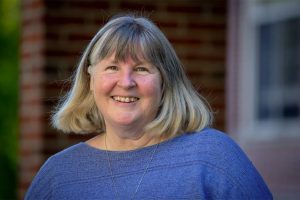 Bio: Sandra L. Caron is professor of family relations and human sexuality at the University of Maine. She is the program coordinator for Human Development and Family Studies.

Caron has been recognized numerous times for her work, including the 2019 Distinguished Maine Professor Award (To download and read Dr. Caron’s speech at the 2019 commencement ceremony, click here). In addition, she has been honored with two out of the three UMaine Presidential awards—UMaine’s Presidential Outstanding Teaching Award in 1998 and the Presidential Public Service Award in 2002. In 2013, she was recognized by the Mabel Wadsworth Women’s Health Center for her lifelong contribution to sexual and reproductive health. In 1999, she received the Margaret Vaughn Award from Maine Family Planning for her outstanding contribution to sexuality education.

Her research and writing focus on the social-sexual development of young people. Caron has authored or co-authored over 50 scholarly research articles, as well as several books, including: “Sex Matters for College Students: FAQs in Human Sexuality;” “Sex Around the World: Cross Cultural Perspectives in Human Sexuality;” and her children’s book, “Birds and Bees and More: Where Babies Come From and How Families Form.” Her most recent book is: “The Sex Lives of College Students: Three Decades of Attitudes and Behaviors,” which is based on her 30 years of research. She has served on more than 100 Honors, master’s and doctoral thesis committees.

She hosts her own website: College Sex Talk. For 20 years she wrote a weekly column for The Maine Campus newspaper called “Sex Matters,” in which she answered college student’s questions. It was one of the longest running weekly columns on sexuality in a college newspaper. She also hosted a show on WMEB campus radio by the same name.

She is a licensed counselor in private practice focusing on sexuality-related issues, and founder and director of three innovative and nationally recognized peer education programs: Athletes for Sexual Responsibility, Male Athletes Against Violence, and The Greek Peer Educator Program. Watch the videos she produced with peer educators: “A Recipe for Disaster: Talking About Cooking the Way We Talk About Sex,” and What is THIS?

Caron has been a member of the American Association of Sex Educators Counselors and Therapists, as well as the Society for the Scientific Study of Sexuality for nearly 40 years. For over two decades, she has offered a summer travel course, Human Sexuality in Europe, taking students to London, Amsterdam and Stockholm to see firsthand how other countries deal with sexuality issues.