Alicia Lacy, University of Maine assistant professor of athletic training, was a recent guest on the Journal of Athletic Training podcast JAT Chat. 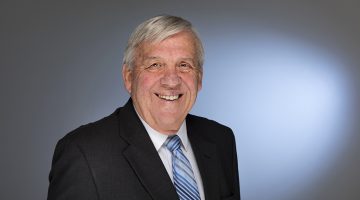 One of the University of Maine’s longest-serving deans and a stalwart of education for learners of all ages in Maine has passed away. Robert Cobb, dean emeritus of the College of Education and Human Development, died Sept. 29.

University of Maine Professor of Higher Education Elizabeth Allan was featured on the WAMU/NPR show 1A for a segment about why hazing happens and how to stop it.

In an article about efforts to combat hazing in the Middletown Area School District, the Patriot-News (Harrisburg, Pennsylvania) noted a proposal in which StopHazing, an organization led by University of Maine Professor of Higher Education Elizabeth Allan, would work with the district for three years, collecting and assessing data on Middletown’s school culture through surveys and focus groups, then working with the district on a “culture shift process for hazing prevention” that would involve bystander intervention training, community outreach and other methods.

The Bangor Daily News reported that the national nonprofit Rural Schools Collaborative will locate its New England regional hub at the University of Maine College of Education and Human Development. 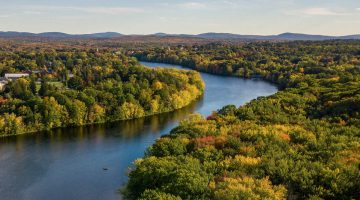 A new partnership between the University of Maine and the Rural Schools Collaborative will seek to strengthen the K–12 education workforce across six New England states and provide other opportunities to raise the profile of rural schools and teachers in the region.

Myles Oulette, an alum of the Maine Educational Opportunity Center (MEOC), was selected by the Council for Opportunity in Education to represent educational opportunity center students nationwide in a video celebrating the 50th anniversary of EOCs in the U.S.

KING-TV (Channel 5 in Seattle, Washington) cited a 2008 study led by University of Maine professor of higher education Elizabeth Allan, which found 47% of students have experienced hazing before college. The story focused on an investigation revealing a hazing incident at a Seattle area public high school.

The Roanoke Star noted that Catharine Biddle, associate professor of educational leadership at the UMaine College of Education and Human Development, presented at the Rural Education Summit held at The Inn at Virginia Tech and Skelton Conference Center on Aug. 26, which officially launched the school’s new Center for Rural Education.