October 20, 2016 In the News, Maine Schools in Focus, News, Research and Outreach 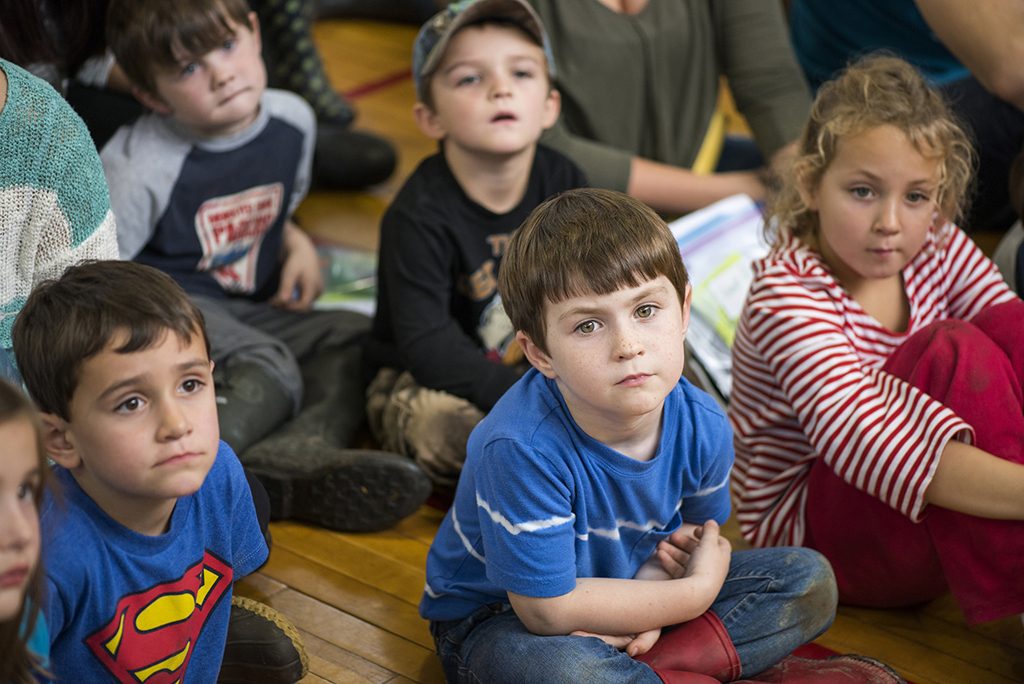 Enrolling three- and four-year-olds in public preschool programs has received increasing support over the past decade and a half. The number of children in state-funded programs nationally has grown from 14 percent in 2002 to 29 percent (Reardon et al., 2016). Research reports are now emerging that track the long-term effects of preschool learning. The early start that educationally disadvantaged children get in preschool appears to offset the long-standing patterns of educational inequality that have plagued our schools—a pattern where poorer children enter kindergarten one year behind their wealthier peers and often fall further behind as their schooling continues.

According to Sean Reardon at Stanford and his co-researchers, children entered kindergarten in 2010 with stronger academic and school readiness skills than was the case in the late 1990s. Public preschools contributed to this effect, one that also reduced the “inequality gap” between low-income and high-income students and between non-white and white students (Reardon et al., 2016). It’s important to keep in mind that many high-income children have had, and continue to have, access to private preschools. Our investment in public preschools appears to offset some of the “early lead” enjoyed by these more privileged children.

No longitudinal data are available for Maine’s children, but we have clearly begun to invest in public preschools. In 2009, 24 percent of Maine school districts offered voluntary preschool enrollment; in 2013, 63 percent did. Public preschool enrollment has grown each year since 2006; by 2013, 34 percent of the state’s 4-year-olds attended public preschool programs operating a minimum of 10 hours per week (NIEER, 2015). Our funding formula now provides for additional “weighted subsidy” to districts offering preschool.

Maine, nevertheless, ranks 33rd in state spending for public preschools (well below our overall standing in per pupil expenditures, K-12). Maine and eight other states spent less than $2,500 per preschool student in 2012-13 compared to a national average of $4,629 (NIEER, 2015). The distribution of public preschools in Maine appears to indicate that wealthier suburbs and very small rural districts are less likely to have programs and that many RSUs and SADs seem more likely to have them (MDOE; 2015 resident enrollment tables).

Researchers, however, caution that simply providing preschool programs does not, by itself, yield the benefits found in some studies. The National Institute for Early Education Research identifies 10 “quality indicators” of effective programs. Maine, statewide, meets five of these standards. But beyond the programs themselves, Reardon and his associates suggest that parental participation and “changes in children’s homes” have helped to narrow educational inequalities. They point to more widespread acknowledgement of the importance of early learning, literacy, and brain research and to wider availability of materials from pediatricians’ offices and regional health initiatives (Reardon et al., 2016).

With the promise of increasing federal support in the near future, Maine districts have ample reason to consider investing in early learning programs specifically aimed at children who are likely to start school “behind.” While some districts with substantial populations of such children have already invested, others have yet to do so. Mounting a new program for four-year-olds certainly requires budgetary, personnel, and facilities planning (such as repurposing the available classroom space in many elementary schools). But most importantly, it means reaching out to families, educating them about the benefits, and welcoming them and their small children into school.

Our state contributes 43 percent of what we spend per preschool child. Nationally, states’ contributions average 87 percent of what is spent per child (Barnett et al, 2014). Education officials, the governor, and the legislature must wrestle with the difficult choice of greater state funding for preschool vs. many other worthy programs and services. The potential long-term benefits of public preschool, however, deserve very serious attention in this debate.

This is an opportune time for local schools and school boards to plan early learning programs, particularly for students whose backgrounds might disadvantage them. The Maine Department of Education offers helpful guidance in this respect, as does the Maine Association for the Education of Young Children. A key to making these opportunities address long-standing inequalities throughout the PreK-12 experience will be the engagement of parents early and often.