Maine Schools in Focus: Declining School Enrollment Likely to Subside in the Next Decade

October 6, 2016 In the News, Maine Schools in Focus, News, Research and Outreach 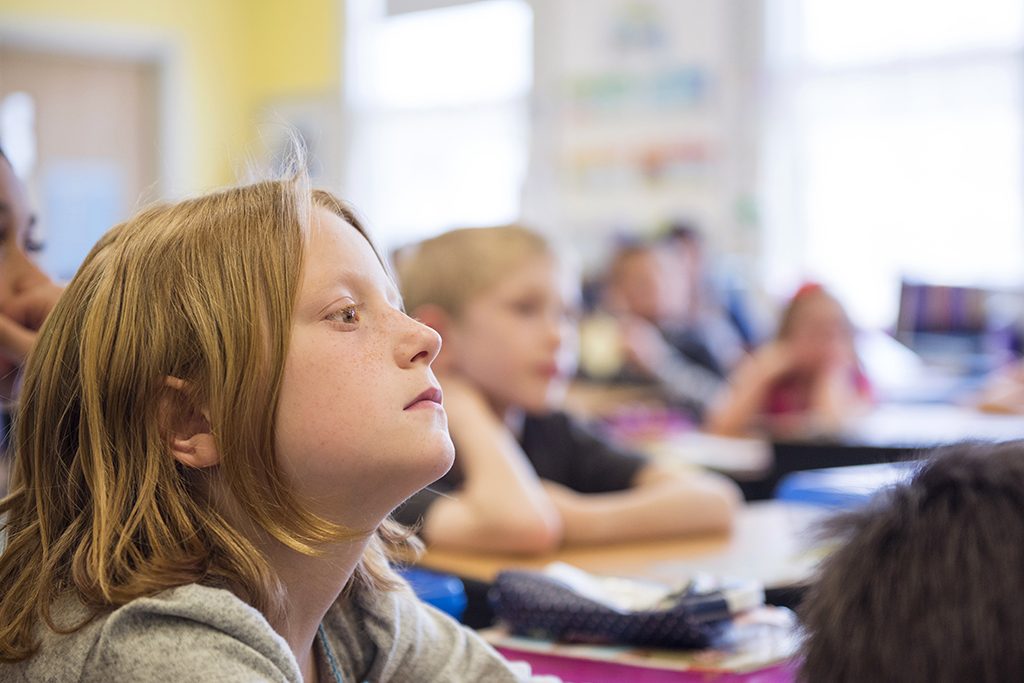 With the new school year off and running, it’s a good time to take stock of trends in enrollment. Over the coming years, what decisions will districts face preparing for future cohorts of children entering—or leaving—their schools?

We’ve all heard repeatedly about Maine’s population trends. We are the “oldest state in the nation” with a median age of 42.7. Maine’s children (under age 18) constitute the smallest percentage of our state’s population (20.7 percent) when compared to the percentage of children in all other states except Vermont (Maine Office of Policy and Management, 2013). We hear news reports all too frequently about economic hard times and the forced out-migration of families. These public observations create doubt about the sustainability of schools, particularly those most rural and least populated, and fuel the long-standing preference of some to consolidate and bus more students longer distances.

Enrollment in Maine public schools dropped by 9.4 percent over the past decade. This represents a slowing of enrollment loss since 1999. Importantly, losses have been lowest over the most recent six years (MDOE). Maine’s Office of Policy and Management (OPM) assembled population projections in 2013, however, that shed some light on how our school-age population has changed and is projected to change. The statewide data reveal:

In other words, while we’re still in a period of decline, we can anticipate—if the projections hold true—that the numbers of children entering our schools will stabilize and hold relatively constant through the 2020s. This leveling-off trend is already evident in the pre-school-age population. That’s the picture, at least, at the statewide level.

More useful (and more difficult to report here in detail) than these statewide figures are county trends. The OPM reports that, between 2022 and 2032, the numbers of school-age children are projected to drop by over 6 percent only in Hancock and Lincoln Counties. Aroostook, Franklin, Penobscot, and Kennebec Counties are expected to see modest gains or flat growth. All others show declines between 1 and 6 percent.

County data reveal an important fact: in many counties, the declines and increases in school-age children are rarely large enough to significantly affect school staffing, facilities, transportation, or costs. That is, changes of 6 percent or less over 10 years are gradual. Often, they amount to under 400 children, coming or going. (The biggest declines, in Hancock and Lincoln Counties, are in the vicinity of 700 children in the 13-grade span over 10 years). Such changes do not require precipitous alteration of staffing or facilities as much as gradual personnel adjustments and more diverse use of space. But they do recommend taking the long view so as to be prepared for the time when incoming cohorts will require significant adjustments. We need to keep in mind, too, that these more stable enrollments, though they may level infrastructure costs, have had little effect on the ever-increasing demand for special education, technology, student support and staff training services.

While these estimates factor in migration and economic trends, actual changes in future enrollment can be best documented locally. It is incumbent upon local educators, boards, and citizens to monitor good indicators of population shifts in their own communities such as annual births, housing starts, and the arrival or departure of employers. Local and regional chambers of commerce, planning commissions, and economic development zone officials can be very helpful in this respect. U.S. Census reports, such as population estimates released in 2015 (see C. Milneil, Portland Press Herald) offer community-specific data and projections.