If you’ve ever been to Marsh Island or visited the area surrounding Orono, the Old Town Mill is pretty hard to miss. Located just down the road from the University of Maine, the mill is actually older than the school itself. Opened as a sawmill in 1860, this site along the Penobscot River became home to what would eventually become a full-scale paper mill by the 1900’s. From the 1960’s and into the 21st century, the mill specialized in tissue and paper production while being sold several times. Unfortunately, by the mid 2000’s a combination of a sluggish economy and paper industry as well as a business decision by then owners Georgia-Pacific, led the mill into a series of temporary closures. In 2006, the mill faced a long-term closure as Georgia-Pacific couldn’t find any buyers for the site. During this time, the paper machines used at the Old Town Mill were taken out and the building fell into disrepair. The increasingly-rough condition of the mill made it extremely hard for potential new owners to get the site running again. As the cost of repairing and maintaining the mill increased, the paper industry in Maine was also declining. Between 2006 and 2015, the building was sold and resold by a handful of companies, but the specter of bankruptcy was inescapable. The mill was then liquidated and brought out of bankruptcy once again but ceased production while being run by Expera at the end of 2015. Towards the end of 2018, after being shuttered for several years, ND Paper bought the mill and had it running once again. ND Paper is a branch of the Chinese company Nine Dragons Paper (Holdings).

ND Paper has been producing unbleached softwood kraft pulp at the Old Town Mill since its re-opening in 2018. The pulp can be used to produce paper, cardboard, or construction products. Over the last three years, ND has focused on modernizing equipment and bringing the site out of disrepair, which includes over 50 million dollars of maintenance and bringing in new technology. Unlike some of the mill owners seen in the 2000’s, ND paper focuses on long-term efficiency of operations, with long-term prospects warranting these investments. Ken Doiron, a former engineer and project manager at the mill until 2006, observes the mill from an outside perspective: “From what I’ve seen, Nine Dragons focuses on the grand scheme of things when it comes to running the Old Town Mill, they talk about operations in the span of 100 years. What will be interesting to see is if they eventually purchase land to produce their own trees and become integrated in the whole process, from the trees to the finished product.”

Doiron was very helpful in describing the way pulp is created, as he has over 30 years of experience in the industry. “The pulping process uses some pretty intense chemicals, but these are recycled as much as possible. It’s both financially and environmentally beneficial to use as much as possible and waste as little as possible”. When raw wood chips first enter the cooking process, they are placed in a pressurized container called a digester along with steam and an caustic alkaline solution referred to as “white liquor.” This first step helps begin softening and breaking down the fibers in wood, also known as delignification. The chips are broken down into brown wood pulp, and a mix of the spent cooking chemicals with the other remaining dissolved portion of the chips is called “black liquor.” Excess water is removed so the black liquor can be burned as a fuel in a recovery boiler. Meanwhile, the part of black liquor that does not burn forms a molten salt that is dissolved with water, which creates the next step in this process: “green liquor.” This material goes into a lime kiln where lime (CaO) is added, a process in which the mixture reacts and causticizes, resulting in… white liquor! The white liquor can be reused in the pressurized digester once again. By using the recovery and causticizing processes, chemicals used in the pulping process can be extracted and placed back into the system. 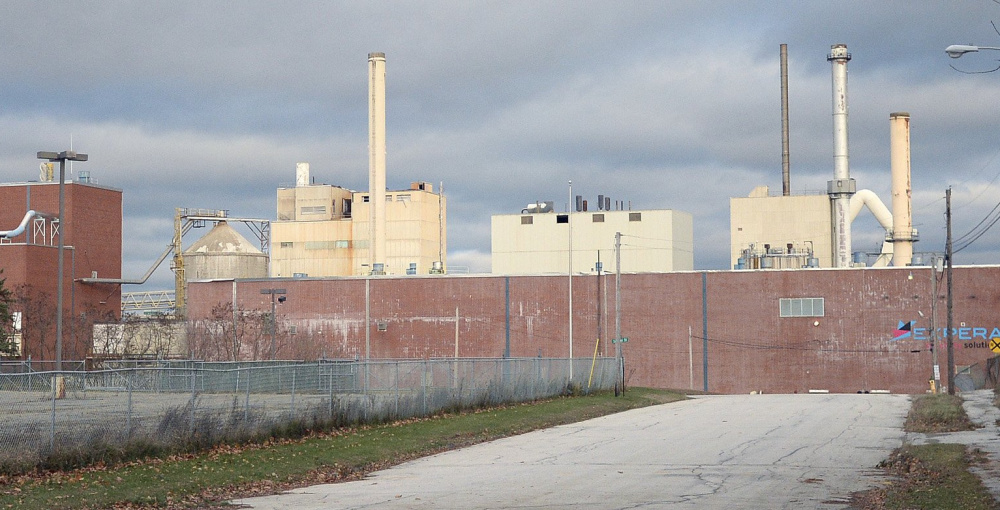 When looking at the mill from an environmental perspective, there are key questions to ask: what chemicals (in the form of water effluent, land waste, and air emissions) are coming out of the mill, versus what is put into it? According to Doiron and a report done by the American Forest and Paper Association, mills designed in the last 20 years or so are capable of recycling virtually all materials put into the system, with a mill in Saskatchewan being the first to claim this title in 1992.1 Unfortunately, even with serious modifications the Old Town mill will face challenges reaching that goal as it was not initially designed to do so. ND Paper actually received a permit through Maine’s Department of Environmental Protection to treat the liquid waste stream from the mill’s pulping process before releasing it into the Penobscot River. This adds to the significant debate about water rights in the state. The permit has been active since the end of 2018. During the first week of October 2020, there was a leak of mill discharge directly into the Penobscot River. Over 30,000 gallons of green liquor (sodium hydroxide substances) was released. According to a Maine DEP representative reporting to Bangor Daily News, the spill caused the pH of the river to reach 12 out of 14. The cause was a ruptured holding tank that leaked for six days.2 This break in compliance with state standards has led people to question the mill’s effect on the Penobscot River, and this mishap is hard to overlook when considering the long-term sustainability of the Old Town Mill. 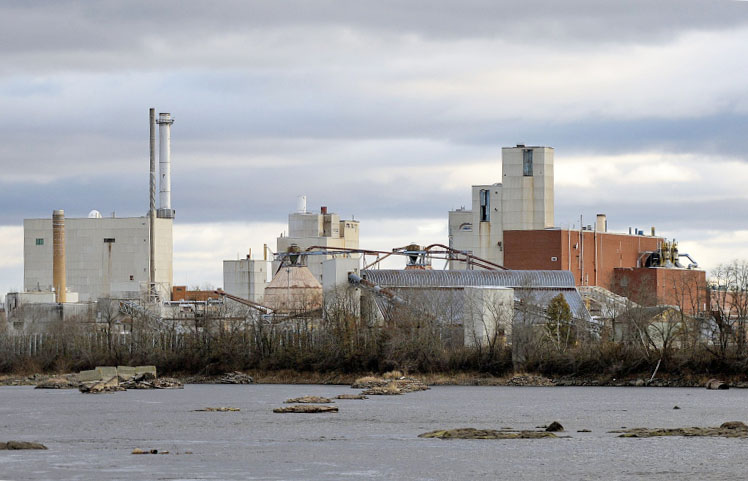 Water usage is essential to the pulp and paper industry, and the Old Town Mill would not be able to function without it. It is definitely worth noting that the Old Town Mill has the equipment on site to bleach their brown wood pulp, but ND Paper has not yet used it. Bleaching of kraft pulp has the potential to release chemicals such as chlorine, chlorine dioxide, and dioxin into the surrounding waters, each of which can impact human and habitat health. As currently stated by the EPA, dioxins are a class of compounds considered “forever chemicals,” in that once released into the river, they will not dissipate or break down over time.3 Many medical journals, such as those produced by the World Health Organization, note the slew of health issues associated with these forever chemicals, such as damage to the reproductive and immune system, developmental problems, and cancers.4 In the past, the Penobscot River has been used by mills producing bleached paper and pulp products at several different locations, so there is already a considerable amount of existing pollution to bear in mind. Maine’s Division of Environmental and Community Health suggests that due to current pollution levels, one should eat only 1-2 fish from the river per month, and none at all if pregnant, due to the bioaccumulation of toxins in local wildlife.5 Although ND Paper has a bleaching system on the property at the Old Town Mill, thus far they have chosen not to use it. Whether this is for environmental, legal, or technical purposes is unclear, but it is definitely something locals might consider keeping an eye on in the future.

Although the mill towers over Old Town, one thing makes it even harder to miss: the smell. A combination of the delignification of wood, the chemicals used to create pulp, and the nearby water treatment reservoir creates a rather pungent smell that can be noticed in Orono when the wind is blowing in a particular direction. The caustic soda used to break down wood chips contains sodium sulfide, to which the human nose is very sensitive. The actual breaking down of wood fibers produces a smell too. When wood is turned into pulp, the fibers break and release a gas called mercaptan, which has a rotten-egg smell. Mercaptan is harmless to humans, and is actually mixed into natural gas to provide a distinct and detectable smell for safety reasons. Although the smell of mercaptan gas is a nuisance to those living in the area, air pollutants such as hydrogen sulfide and sulfur dioxide from the mill should be of greater concern. These chemicals can cause changes in air quality and gather in waterways via rainfall, and with this comes a host of environmental issues that can be detrimental to human health. Taking this into consideration, the paper mill in Old Town affects many different aspects of its surrounding environment. According to the EPA and US Legal, a website focused on environmental policy, paper and pulp is the third largest industrial polluter to land, water, and air in the United States.6 Like many other industrial polluters, however, the Old Town Mill and ND Paper seem to have a focus on efficiency and longstanding sustainability. Without the kraft pulp process we would not have many paper products that we rely on today, so the mill’s sustainability and effects on our environment are important to keep in mind as our use of paper continues to increase.