An Associate Professor of Anthropology and Native American Studies, Lisa K. Neuman joins the full time faculty at the University of Maine beginning Fall Semester 2003. Lisa received her Ph.D. i n Cultural Anthropology from Duke University in 2002. In her dissertation, entitled “Recapturing Culture: American Indian Identities at Bacone College, 1927-1955,” Lisa combined the use of archival research, oral histories, survey research, and participant observation to examine the production of new Indian identities among students at an American Baptist school for Native Americans in Oklahoma.

Having grown up in Kansas City, Missouri, Lisa developed a keen interest in Native American studies from her grandfather, an urban Indian whose family migrated from Oklahoma to Los Angeles during the early part of the twentieth century. Her family’s history has shaped the way that Lisa views the relationship between culture and ethnic and racial identities. Through her focus on how people produce new cultural meanings and identities, Lisa’s research connects the emerging field of Native American studies to newer anthropological theories that conceptualize culture and identity in dynamic ways.

Her research interests include the history of Native American Diaspora in the United States, the history of American Indian education, the relationship between urban Indians and tribal communities, and the politics of Indianness in twenty-first century America. 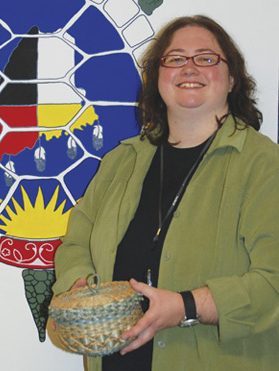