Talk – A River Runs Through It: Combining ‘Heritage’ and River Restoration in Southern New England 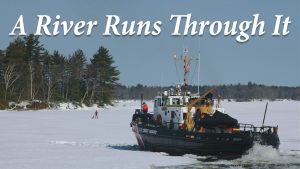 What role does “heritage” play in environmental protection? Because of the blended landscape of New England, environmental stewardship must take into greater account human history in regional planning. As such, historians can play an effective role in environmental and resource stewardship by adding the power of “heritage” to campaigns to protect ecosystems. Heritage, however, is a rather selected reading of history and so this process can be fraught with danger. In his talk, Payne will use the Taunton River as a case study on the role of “heritage” in environmental protection. He will discuss the differences between history and heritage including cultural appropriation, selective readings of the past for political objectives, the blended landscapes of New England, and interdisciplinary efforts to protect or manage environments including river ways and “brownscape” clean ups along industrial rivers.

Brian Payne is an associate professor of history and Canadian studies at Bridgewater State University. His teaching focuses on US and Canadian economic and environmental history during the industrial era (1877-1939).  Payne received both his MA and PhD from the University of Maine. His first book, Fishing a Borderless Sea: Environmental Territorialism in the North Atlantic, 1818-1910 (MSU Press, 2010) examined how fishermen constructed informal codes of conduct to regulate access to inshore fisheries, which, at times, conflicted with formal law or international diplomacy. In 2016-2017 he held the Fulbright Research Chair at Carleton University in Ottawa. His current research project looks at the influence of “heritage” in river and coastal restoration in New England and Atlantic Canada.