Why are Middens Important?

Middens are an archive of ancient coastal lifeways and environments. 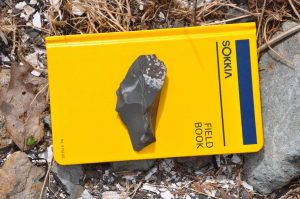 Archaeologically, middens preserve a record of thousands of years of coastal occupation. While much of the early coastal region of Maine is now submerged, it is likely that people occupied the newly revealed landscape shortly after the recession of the ice and the retreat of the post-glacial coastal inundation. This idea is supported by finds of stone tools dating to approximately 9-8 thousand years ago recovered by fishers working in Maine coastal waters. The middens currently seen on the Maine coast range in age from 5,000 years old to the time of European arrivals. Most represent the last 3,000 years of Maine history. Click here for more information on Maine’s complex sea level history. 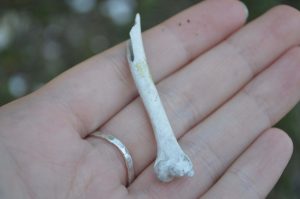 Because the decomposition of the shells buffers Maine’s typically acidic soils, shell middens provide a more complete record of the lifeways of ancient coastal inhabitants than interior archaeological sites. Away from the coast, only burned (calcined) bone, lithics, and ceramics are preserved in the soil. In shell middens, bone artifacts and food remains are preserved, as well as ceramics. These materials, when combined with the shell and botanical remains, provide information about diet, technology, and seasons of site occupation.

Shell middens also provide a glimpse of the environment along the western Gulf of Maine during the time the middens were constructed. While biased toward animals and plants indigenous people found useful, they are however, one of the limited sources of information of the region’s paleoenvironments. The remains of extinct species, such as the Sea Mink and the Great Auk, are found in shell middens. Studies of the remains of other species recovered from middens provide information about population distributions, individual sizes, and species presence or absence.