My research focuses on the British Army and the South African War.  A recent article co-written with Jessica P. Miller, Professor of Philosophy, University of Maine, explores The Hague Convention and the rules of war (jus in bello) as they were applied (or ignored) by the British during their campaigns in the Orange Free State and Transvaal.  It is available online and appeared in paper in Spring 2019 in War in History.

A second article was published by War and Society also in Spring 2019.  It investigates British surrenders during the South African War.  There were nearly 1,000 separate instances of surrender which involved more than 14,000 men and yet little has been written about these cases.

And a third article, published by the South African Historical Journal, also came out in Spring 2019.  It looks at Edgar Wallace’s career in South Africa.  Wallace is best known for writing King Kong and Sanders of the River.  He got his start in South Africa as a journalist and covered some of the significant events of the War.

I just finished editing a book entitled, Queen Victoria’s Wars:  British Military Campaigns, 1857-1902.  The project updates the research and historiography of thirteen of the most significant British conflicts during this period.   It includes chapters on wars fought in the hills, on the veldt, in the dense forests, and along the coast.  It discusses wars waged in China, Burma, Afghanistan, and India/Pakistan; New Zealand; and, West, East, and South Africa.  Attention is paid not just to the British but also to the enemy they engaged.  Contributors include some of today’s leading military historians.  The book will be published by Cambridge University Press and will appear in July 2021.

Finally, I have just completed a book manuscript for Palgrave-Macmillan entitled George White and the Victorian Army in India and Africa which investigates the career of Field-Marshal George S. White.  It explores late Victorian military conflicts, British power relations in Africa and in Asia, networks of advancement in the British army, and popular attitudes of the army.  The book is largely based on White’s personal papers held by the India Office, which have been almost completely overlooked by historians.

White’s career was quite remarkable.  Commissioned into the British Army in 1853, he served in the Indian Rebellion and, twenty years later, the Second Anglo-Afghan War, where he was decorated with Great Britain’s highest military honor, the Victoria Cross, for gallantry in action.  After serving in the Sudan campaign, White returned to India, where he solidified his reputation, eventually rising to the position of Commander-in-Chief.  During those years he commanded field forces in Upper Burma (Myanmar) and Balochistan, sent expeditions to the North-West Frontier, and oversaw the end of the Presidency Armies.  In 1899, White commanded the Natal Field Force during the South African War.  This force was besieged for 118 days in the town of Ladysmith.  Despite continuous Boer shelling, dysentery and enteric fever, and lack of supplies, White managed to maintain the force and the civilian population in good order until its liberation.  He was promoted to Field-Marshal in 1903 while serving as Governor of Gibraltar.

For a not too old UMaine story about what I research, see click here. 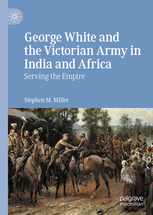 o “Slogging Across the Veld: British Volunteers and the Guerrilla Phase of the South African War,” Journal of the Society for Army Historical Research 84 (2006): 158-174.

o “The Hague Convention and the South African War,” with Jessica P. Miller, Britain and the World Conference, London, June 2016. 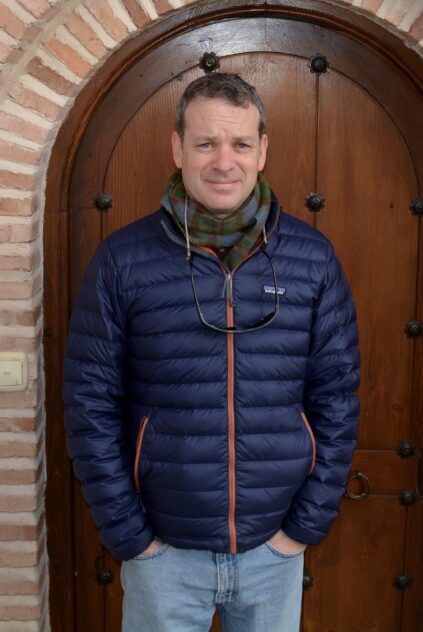