I am an early American historian specializing in the Revolutionary era (ca. 1760-1830), and I have been a faculty member at UMaine since 1997.

Non-traditional, and especially non-textual, sources are important to my research and teaching, which draws on interdisciplinary cultural studies and social history methods. My principal undergraduate courses include the U.S. History survey to 1877 (HTY 103), an intermediate course “The Creation of the Atlantic World, 1450-1888” (HTY 240), and upper-level classes on British Colonial America (HTY 461) and the American Revolution (HTY 462). I also teach a trio of graduate courses: an overview of early America to 1865 (HTY 507), a reading course on the American Revolution (HTY 502), and a writing seminar (HTY 601).

My initial research examined the intersection of religious, racial, and ethnic identities in the multicultural Delaware Valley around Philadelphia. Since then I have been studying opposition to the American Revolution and the trans-Atlantic nature of loyalism. My current book project is a comparative biography of five loyalists who lived all across the British Atlantic World. While a Fulbright Scholar at the University of Glasgow in 2012, I began research about what Glasgow merchants did after the Revolution destroyed their dominant role in the lucrative Chesapeake tobacco trade.

I have done considerable Public History work to commemorate the bicentennial of the state of Maine in 2019-2020 and organized a public scholarly conference on the statehood era and its legacy (May 31-June 1, 2019). For more info and related resources, please visit: https://digitalcommons.library.umaine.edu/me200/.

My public humanities work also includes helping to organize the annual Maine National History Day contest for grade 6-12 students, service on the Board of Directors of the Maine Humanities Council (2010-2017), Director of the University of Maine Humanities Center  https://umaine.edu/mhc/ (2014-2016), and I am currently a member of the City of Bangor’s Historic Preservation Commission. 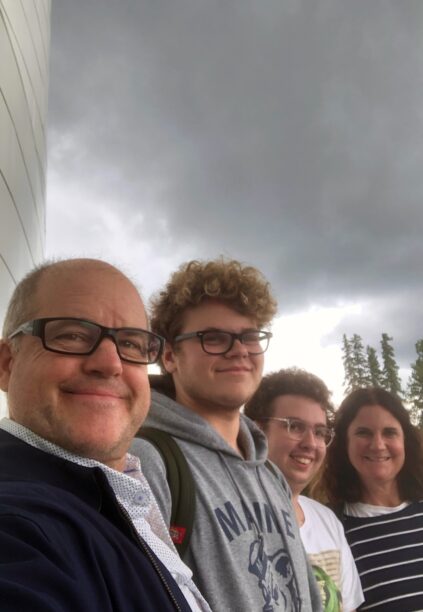