EWB-UMaine worked with Dulce Vivir de Copan in Western Honduras from 2008 to 2011. The primary focus of our work was to improve sanitation in this 28-home development on the outskirts of Dulce Nombre. EWB-UMaine made five trips to the community, created a drainage plan that was implemented by Dulce Vivir residents, and completed the construction of a community wastewater collection and treatment system (septic tanks and raised mound leach field) for Dulce Vivir. Overall their sanitation situation was greatly improved as a result our our partnership with them. 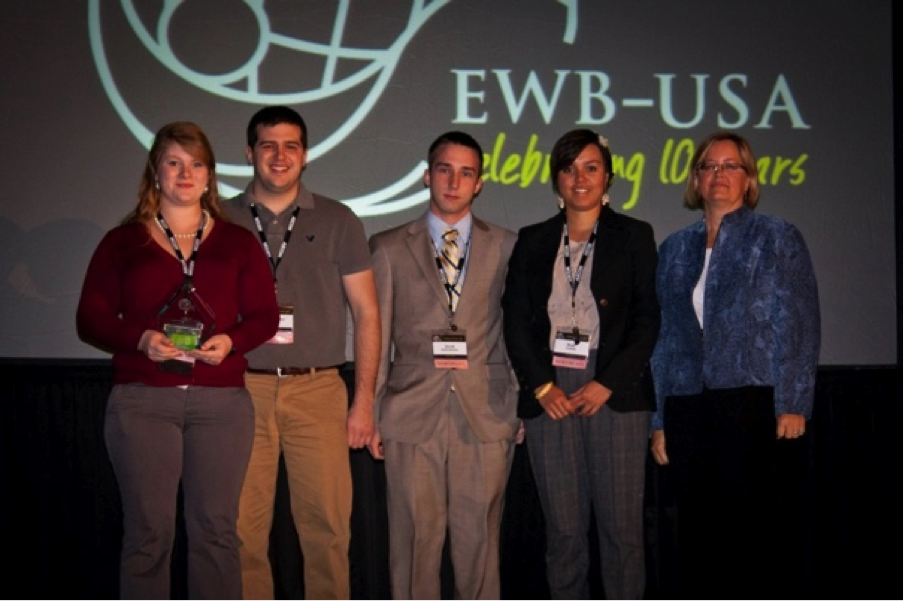 How did EWB-UMaine get connected with Dulce Vivir?

The project location was found as a result of a previous association with members and the faculty advisor of the UMaine Central America Service Association (CASA), a group that was working in Dulce Nombre de Copan at the time. Two engineering students (Heather Martin and Lee Rand) had accompanied the group on a trip to Dulce Nombre as part of a Spanish service learning class, and they had seen some of the major infrastructure needs in the area, including clean water, sanitation, road work and many other potential projects.

The future of the project

Unfortunately, EWB-UMaine is unable to return to Dulce Vivir due to continued safety concerns in the area.

The tanks of the system we previously installed recently began to crush and lose capacity due to erosion and increasing soil-pressure pushing upward on the tanks.

Currently, we are fundraising to put in new tanks for the system, and adjust their gradient so that the community can have a functional, greater capacity sanitation system to meet their needs.

Our new fundraising goal to finish this project is $20,000, which we plan to have raised by April. You can help us reach this goal by donating today!