Bill Danvers has worked on national security issues for 40 years in the Executive Branch, on
Capitol Hill, for international organizations and the private sector.  He is presently an Adjunct
Professor at George Washington University’s Elliott School.

He previously worked at the Congressional Research Service, the World Bank and the Center for
American Progress. He was Deputy Secretary General of the Organization for Economic
Cooperation and Development (OECD), where he was responsible for relations with the BRICS,
Middle East, Asia and Latin American regional programs, relations with Ukraine, anti-
bribery/anti-corruption programs and the innovation and technology directorate, which included
all cyber programs.

Danvers also served in the Obama and Clinton Administrations.  In the Obama Administration,
he worked for Leon Panetta at the Central Intelligence Agency and the Pentagon.  He worked for
John Kerry at the State Department where he was Deputy Staff Director.  In the Clinton
Administration, he worked at the State Department for Ambassador Strobe Talbott on post-
Soviet relations with Russia.  He also worked as a Special Assistant to the President for National
Security Affairs and Senior Director for Legislative Affairs at the National Security Council.
On Capitol Hill, he worked for the House of Representatives for eight years as a foreign policy
aide, where among other things, he handled relations with the North Atlantic Assembly for a
chair of one of Assembly’s committees, and as a press secretary. He also served as a legislative
aide for Senator Joe Lieberman covering a range of international issues, including US relations
with post-Soviet Russia and Warsaw bloc nations.  His last Hill job before going to the State
Department for Secretary Kerry was as staff director of the Senate Foreign Relations Committee.

Danvers also worked in the private sector for ten years on a range of international issues.
He has a BA with highest honors from the Honors College at Michigan State University and an
MA from George Washington University.  He has been married for 38 years and has two adult
children. 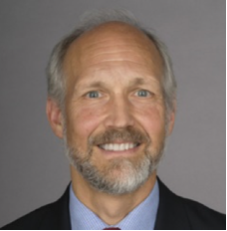