Prior to joining The Cohen Group, Robert Tyrer served as the Chief of Staff of the Department of Defense from 1997-2001. In this capacity, he provided strategic advice and daily counsel to Defense Secretary William Cohen on all aspects of national security policy and helped oversee the daily worldwide operations of the Department of Defense. As a key advisor, he participated in the Secretary’s discussions with foreign political, military and business leaders in over 40 capitals and maintained strong ties with them throughout his tenure.

In addition, he forged consensus within the defense industry, Congress, the White House and other federal agencies on a host of sensitive and complicated security issues involving military operations, equipment modernization, personnel, budget and military installations worldwide. He was the Secretary’s primary liaison with the White House chief of staff and other senior White House officials, as well as with cabinet counterparts. In that capacity, he played a key Pentagon role in presidential initiatives such as NATO enlargement and the Middle East Peace Process and received the Department of Defense Medal for Distinguished Public Service for his accomplishments.

Before entering the Pentagon, Mr. Tyrer served 21 years on Capitol Hill in virtually every capacity a congressional staff member can play, becoming a highly sought after political, media and campaign adviser throughout Washington. As Chief of Staff to Senator Cohen from 1989-1996, he was the Senator’s senior political and policy adviser and was a key player in all political activity in the State of Maine from the municipal level to the State House. He also managed the legislative work of numerous committees and subcommittees the Senator chaired in addition to a staff of nearly 100 dispersed in nine offices.

During the 1996 elections, Mr. Tyrer was campaign manager for US Senator Susan Collins in her successful effort to win the Senate seat vacated by Senator Cohen. He has also advised other US Senate candidates, designing and implementing media strategies for several successful campaigns; has advised candidates for federal, state and local office from across the country; and was highly successful in designing and implementing national resource strategies for candidates for federal office. He has also advised parliamentary candidates overseas and counseled members of parliament on establishing effective legislative operations.

Mr. Tyrer is a graduate of the University of Maine and a member of the Advisory Board of the University of Maine’s School of Policy and International Affairs. He is a Senior Adviser at the Center for Strategic and International Studies in Washington. He served as a member of the board of directors of EDO Corporation, a military and commercial products and professional services company, for four years until the company was purchased by ITT Corporation in late 2007. He is also a member of the Advisory Board of the Public Diplomacy Collaborative at the John F. Kennedy School of Government at Harvard University.

In June 2014, Mr. Tyrer was elected to the Board of Directors of Clean Air Power, a publicly-traded company based in the United Kingdom. Clean Air Power which develops and sells Dual-Fuel combustion technology to allow greater use of natural gas by heavy duty diesel engines, which cuts fuel costs and carbon emissions without sacrificing the original engine’s characteristic efficiency or reliability. 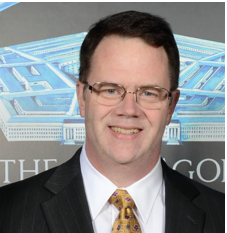