Peter Madigan has been an Executive and Legislative Branch strategist for Fortune 100 companies, non-profit organizations, small business and foreign heads of state for the past 21 years. Peter’s efforts have resulted in the expansion of trade and business opportunities within the United States and abroad, the reduction of Congressional barriers for corporate mergers and acquisitions, and the elimination of redundant and burdensome regulation. 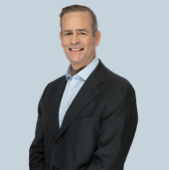