John K. Veroneau is a partner at Covington & Burling LLP, a Washington, DC-based global law firm. His practice focuses on international trade law matters, and he chairs the firm’s public policy practice group. He has served in Senate-confirmed positions in Republican and Democratic Administrations. Under President Bush, he was Deputy United States Trade Representative (USTR) and USTR General Counsel. Under President Clinton, he served as Assistant Secretary of Defense for Legislative Affairs. Mr. Veroneau was Legislative Director to former US Senator Bill Cohen, Legislative Director to former US Senate Majority Leader Bill Frist and Chief of Staff to US Senator Susan Collins. He earned his B.A. from the University of Maine and his J.D. from the University of Maine School of Law. He and his wife Carol Svoboda have two sons. 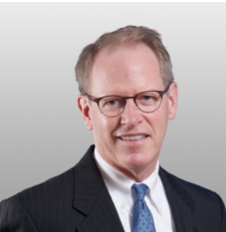